Eight soldiers have lost their lives after Boko Haram insurgents ambushed a military patrol team in Borno. Five soldiers were wounded and two still missing in action as of late Tuesday. The ambush on 156 Task Force Battalion occurred at about 1:00 p.m. in Mainok, about […]

A lady identified as Ngozi N Okoroji has accused popular perfume boss Walejana of being a fraud. The lady claimed that the perfume boss has failed to pay her back her full returns after she invested in his business. According to the lady, a friend […]

Being a single parent is no doubt a very tasking feat seeing as when a child is raised by both parents it is still not easy. In this age and time, circumstances has led to a number of men and women being single parents and […] 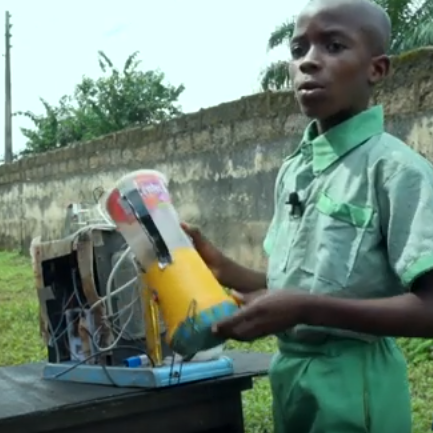 A young boy stood out in his community by making household appliances using trash. This boy is slowly gaining attention beyond his community and he's the latest personality featured on the TV show First Class Material. The third episode of First Class Material, brought to you by Linda Ikeji TV and sponsored by First Bank of Nigeria, shines the spotlight on 12-year-old primary school student, Lucky Ekhator. Lucky, who lost his father at a very young age, began picking trash from the road to use in creating those household appliances that he noticed were lacking in his home. 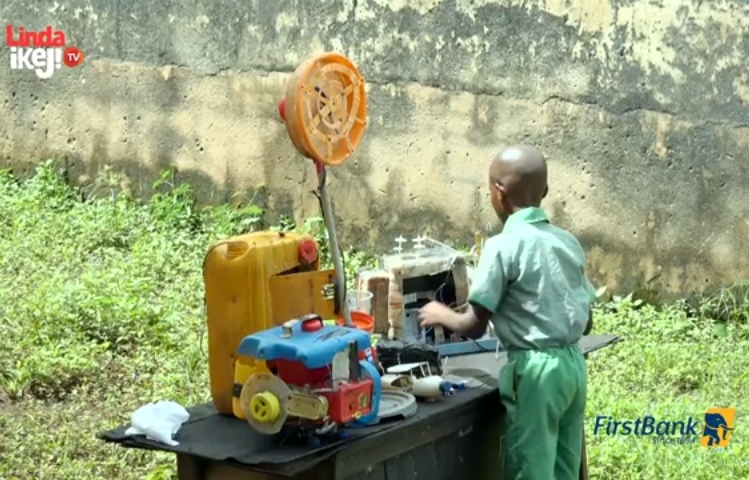 Speaking on why he began making things of value using waste products, Lucky said: I start making things with waste materials because I like to imagine things and we don't have it at home. Things that bring light like generator, transformer, fridge that they use at home.  He added: "I am an inventor through my imagination. I imagine that if I put two things together, like wires, nut, and plastic, it will form something." Without sophisticated tools, Lucky has managed to build household appliances such as blender, refrigerator, generator, standing fan etc. He has also built a transformer, a speed boat, a mini aeroplane, a tricycle, and more, using plastics and metal scraps. In the docuseries, Lucky explained how he invented some of his creations with trash. Justina Ekhator, Lucky's mother, a petty trader, also spoke about her son's talent. She explained that when he was still in primary 4, he began stopping by the roadside to pick scraps while returning home from school. She explained that she didn't understand it at first and will sometimes chase him out of the house to dispose of the trash. However, after a while, she decided to let him be, and she was amazed to see him use those waste materials to make a mini aeroplane and a tricycle. From that moment, she said she stopped giving him grief whenever he picks up trash. 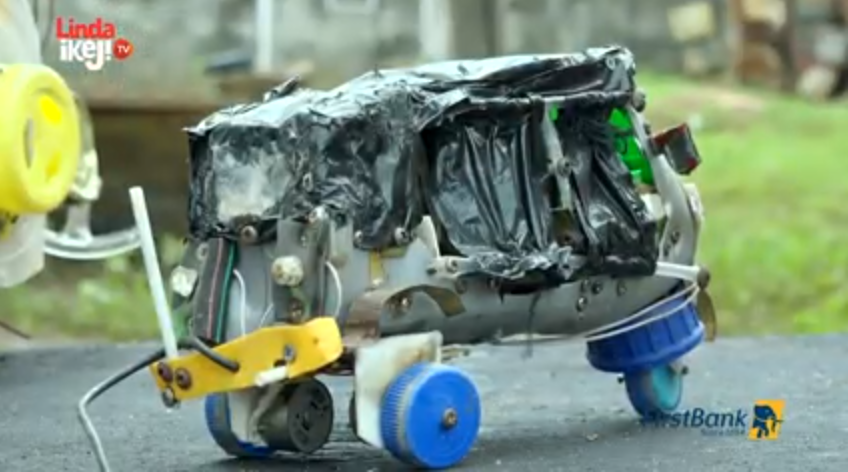 Lucky said he realized he was an inventor from a really young age. He said he made a tricycle and an aeroplane with trash. He managed to get the plane to lift off the floor but he says lack of money to "buy good material" prevented him from making a better, more functional aeroplane. Lucky's elder sister, Jennifer Ekhator, revealed she was initially not supportive of her kid brother because it was embarrassing watching him sort through trash in search of materials. She said: "At first I was angry about it because I don't like it. I feel embarrassed when I see my little brother picking something from the floor. I used to caution him not to take anything from the floor again.   "But when I saw him coupling all those things to make keke, I was happy. I feel happy to be a sister to a boy like that." 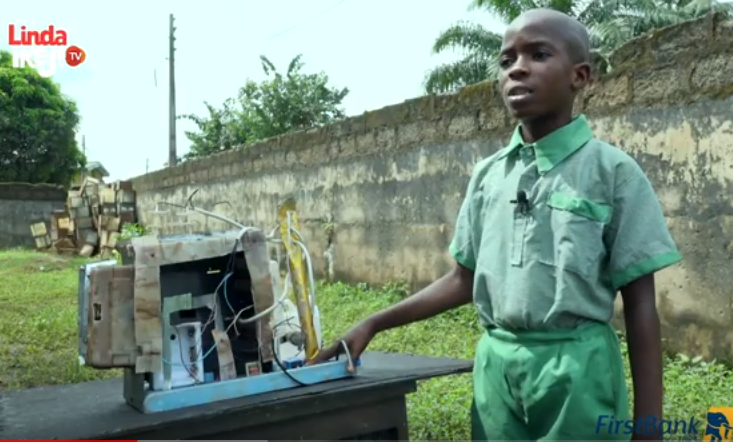 Enagbare Queen, the headteacher at the school Lucky attends, praised him for his talents. She revealed that his talent was discovered when he was in Primary 5 and his class was asked to produce "craftwork". Lucky exceeded everyone's expectation by producing a blender and his teachers were impressed and they decided to encourage him. Lucky said he gets his materials from the streets. He explained that he "mostly goes to the dustbin where people used to drop their dirty waste material" and he picks them up. He added that he has a "store" where he "couple" whatever he picks up. Lucky has participated in several competitions and stood out, but, so far, he hasn't received the kind of support he's hoping for. Lucky says the major challenge he is facing is a lack of money to buy materials. As a result, he has no choice but to keep using scraps from the streets. Speaking on his future plans, Lucky said he hopes to become a "mechanical engineer."  First Class Material is a television program brought to you by LITV and First Bank. It features exceptional Nigerians who are performing outstandingly locally and globally. Watch Episode 3 of First Class Material below.   The post 12-year-old primary school student who creates household appliances from trash is featured in First Class Material Ep 3 (video) appeared first on Linda Ikeji Blog.

One of Davido’s personal assistant, Aloma is excited to show off a Mercedes Benz car he just bought for himself. Aloma posted photos of the car, a 2010 Mercedes Benz E350, on his Instagram page on Wednesday, January 22, 2020. He went on to caption the […]

Bloomberg, citing people familiar with the plan, writes that production of the iPhone will be split between Foxconn, Pegatron, and Winstron, and the firm will officially unveil the device “as early as March.” Source link No related posts.

Eight soldiers have lost their lives after Boko Haram insurgents ambushed a military patrol team in Borno. Five soldiers were wounded and two still missing in action as of late Tuesday. The ambush on 156 Task Force Battalion occurred at about 1:00 p.m. in Mainok, about […]