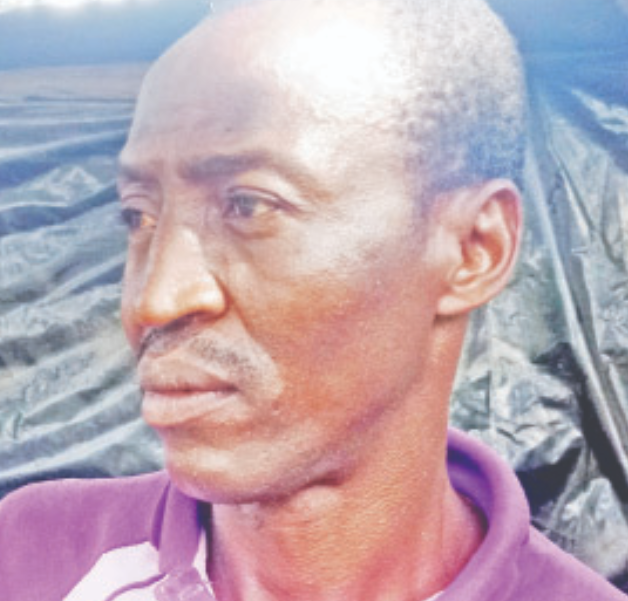 Ugochukwu Nwonwu, a native of Umuokwenuta Isingwu in Umuahia North Local Government Area of Abia State, is currently on the run after he was discovered to have raped and impregnated his 13-year-old daughter. Ugochukwu who is said to be in his thirties, was recently discovered to have put his 13-year-old daughter in the family way. What is most shocking is that the teenage girl is a product of an incestous relationship Ugochukwu had with his cousin many years ago. Ugochukwu's brother, Chukwunyere, who spoke with The Sun, said Ugochukwu had an affair with their cousin, the daughter of their father's brother 16 years ago. The secret affair led to the birth of a set of twin girls. When their affair came to light, the couple insisted they were in love and must get married. This caused a serious fight in their family as everyone insisted it was a taboo in their culture. The lovers continued their affair and had another girl who Ugochukwu has gotten pregnant. “The mother of the small girl is our sister, so, when my brother impregnated her some years back; the family said they cannot marry that it was abomination. But she eventually delivered twins; two girls, then we went and did some sacrifices to appease the land. My father was alive then. We did all the traditional rites. We didn’t know that he relocated the lady to Abuja and they continued their incestuous life until she became pregnant again and gave birth to another girl. The twins are 15 while the next one is 13,” Chukwunyere said Ugochukwu was made to get married to another lady from the Orlu area of Imo State who had three children for him, two boys and a girl. According to Chukwunyere, Ugochukwu recently travelled to Abuja and brought the young girl to come and stay with his family in the village on the pretence that she was on holiday. Little did people know, that he brought her so he can continue having sex with his own daughter.  Ugochukwu's act of violation his own daughter came to light when his wife caught him pants down. “I’m not usually at home. So, what I will tell you is the one I know. One day, I returned from a burial in Akwa Ibom and my brother’s wife called me that she needed to see me. When I got to the house, I didn’t see her, it was my brother, her husband that I met. He told me that she had gone to their church, so when I called her, she asked that I should meet her there. When I got there, she now narrated this abominable story to me. In fact, I was totally devastated and didn’t waste time to rush to the home of our village Chairman and told him what I heard''he said Chukwunyere said himself and the village Chairman accompanied by some members of his executive committee went to Sure Word International Church, near the popular former Crusader Secondary School, now Community Secondary School, Isingwu, to meet Ugochukwu’s wife where she repeated all that she told him initially. When the young girl was asked what happened, she not only confirmed that her father had abused her sexually but even revealed that it was not his first time of raping her. According to the victim, her father started ‘touching and using’ her in Abuja when she was 10 years old. She disclosed that she had reported the violation to her mother who confronted her father when it started; the issue caused serious friction between them before they later settled it.“She said that when he started doing it; she called her mother and said ‘I think you said this man is my father; look at what he’s doing to me’. Her mother had quarrel with the father then, but after a while, they settled. Since then, he had been abusing her sexually. So, some months back, he went and brought her to the village, according to him, for holiday. That was when it was discovered that he was sleeping with the small girl,” Chukwunyere said. Her mother was then informed of the incident and she travelled down to Umuahia from her Abuja base, took the girl to a laboratory where result of pregnancy test conducted was positive. Ugochukwu who fled the village immediately his evil act came to light, has been barnished for 10 years from the community. The post 13-year-old girl born out of incest impregnated by her father in Abia appeared first on Linda Ikeji Blog.