President Buhari reacts to the rape and murder of UNIBEN student, Uwaila Omozuwa

President Buhari has reacted to the rape and gruesome murder of the first-year student of the University of Benin UNIBEN, Vera Uwaila Omozuwa, by yet to be identified persons on Wednesday, May 27. In a tweet posted this evening, the President expressed his deepest condolences to […]

Why I didn’t report my rapist — BBNaija’s Khafi

The hashtag #whyididntreport is trending on micro-blogging website, Twitter and ladies are telling their sad rape experiences and it is quite disheartening. One of such ladies who have come out to share their experience is 2019 Big Brother Naija Star, Khafi Kareem. Khafi revealed that […]

Nigerians woke up to the sad news about the death of one of biggest Reggae Legends in Africa, Majek Fashek. Majek Fashek born Makekodunmi Fasheke reportedly died in New York, on June 1, 2020. Confirming the death of the music veteran is Uzoma Day Omenka, […] 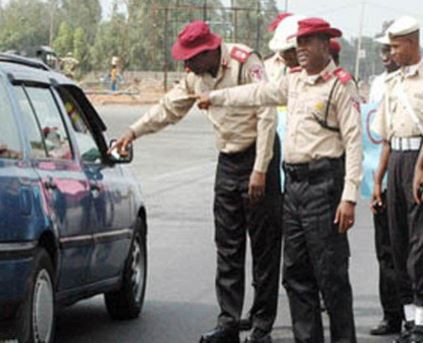 A Joint Inter-Agency Team led by the Independent Corrupt Practices and Other Related Offences Commission (ICPC) has arrested 37 officials of the Federal Road Safety Corps (FRSC) for allegedly extorting money from motorists on Nigerian highways.   The Team, comprising officials of ICPC, FRSC and the Department of State Security (DSS) also arrested five persons said to be agents of the corps officials in a sting operation carried out simultaneously in the six geo-political zones.   The Team struck on Friday 16th August, 2019, following the receipt of a complaint from the management of the Corps of massive extortion of money from motorists on the highways by its patrol teams.  In a statement by the spokesman of the commission, Rasheedat Okoduwa, the FRSC management had, in the complaint to the Commission, observed that incidents of extortion were rife in the six states of Kaduna, Bauchi, Abia, Rivers, Kogi and Ogun.   Based on this, the ICPC-led Team went into action and identified the notorious spots in each of the aforementioned states to include Aba in Abia State; Ahoada, Ajaokuta, Itori, Torro and Gwantu in Rivers, Kogi, Ogun, Bauchi and Kaduna States respectively.   According to Mrs Okoduwa, 13 FRSC officials and two civilians were arrested in Aba in the South-east while 24 other FRSC officials and three civilians were arrested from various spots on roads spread across the other geo-political zones.   Findings from the Joint Inter-Agency Team indicated that various sums of money were found on the arrested Corps officials during the sting operations before they were taken into ICPC custody. However, all the officials arrested, and three civilian accomplices have been granted administrative bail, and will be prosecuted by the Commission at the conclusion of investigations.The post 37 FRSC officialsarrested for extorting money from motorists on Nigerian highways appeared first on Linda Ikeji Blog.

Women and men who have been sexually abused or raped have gone on Twitter to explain why they didn't report their abusers. A higher majority of rape survivors stay silent and do not out their rapists. Those who speak up years later are usually asked why […]

As the name suggests, Troy will be set in the Bronze Age of the Mediterranean, pitting various Greek and Trojan factions against each other. Like other Total War games, it will be rich in lore and mythology, but without the more extravagant monsters and creatures […]

President Buhari reacts to the rape and murder of UNIBEN student, Uwaila Omozuwa

President Buhari has reacted to the rape and gruesome murder of the first-year student of the University of Benin UNIBEN, Vera Uwaila Omozuwa, by yet to be identified persons on Wednesday, May 27. In a tweet posted this evening, the President expressed his deepest condolences to […]