Turkey goalkeeper is sent off by referee after saving two penalties; the defender that replaces him saves third penalty (video) 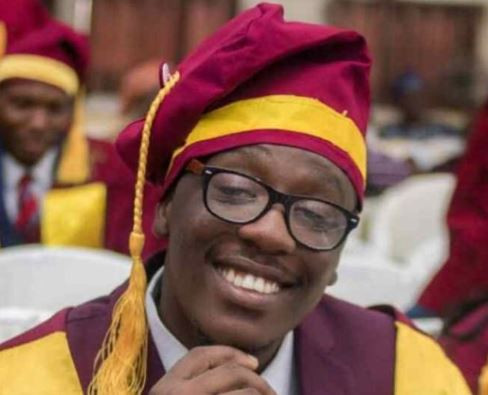 Family of Stephen Urueye, the resident doctor at the Lagos University Teaching Hospital, Idi Araba who was stabbed to death by hoodlums, has cried out over the alleged silence by the police on the case.   The family lamented that about seven weeks after the 25-year-old doctor was cruelly killed, the police had not called to update them on investigation into the murder. Late Urueye, who was supposed to finish his housemanship at LUTH in December 2019, was attacked on Thursday, April 4, around 9pm while he was seeing off a female friend along the Canal area – a route near the College of Medicine campus said to be notorious for robbery attacks.   The assailants reportedly stabbed him in the thigh while trying to dispossess him of his phone and ATM card. He died at the hospital in the early hours of Friday and the police in a statement had said two suspects, Gbadebo Jimoh and Malik Adeboye, were arrested in connection with the murder.   However, an elder sister of the deceased, Mrs Amina Wahab, in an interview with City Round on Thursday, said that was the last they heard about the case.  She said the police had kept the family in the dark about the investigation, adding that justice appeared to be elusive.  Wahab stated, “We have not heard anything from the police. They have not contacted the family at all. We don’t know what happened to the suspects they arrested. We don’t know whether they have been released or not.“It is almost two months now, no information from the police; no justice. At least, we deserve to know what is happening. The bandits stabbed him near his private parts which aroused suspicions. A robber will probably stab somebody in the chest or hand to injure him.The most annoying part of it is that my mother called a policeman, one Officer Nurudeen, at the State Criminal Investigation and Intelligence Department over the case on Wednesday and he was insulting her. Maybe they have concluded that we are weak and cannot do anything.”Wahab stated further that attempts by the family to get first-hand information on the attack from the female friend Urueye was seeing off that evening had proved abortive. She said,“One of Stephen’s (Urueye) friends gave us the phone number of the girl whom he was seeing when the attack happened. Her real name, according to Stephen’s friends, is Deborah and not the name the police gave out. Whenever we call her and introduce ourselves as Stephen’s relations, she would just end the call. All attempts to trace the girl have been abortive. Why is she running away if she has nothing to hide?  “She is not his girlfriend and we don’t know her. We all know his girlfriend. She (Deborah) is the only eyewitness to the incident yet she has not deemed it fit to contact the family to give us information about what actually happened. Somebody lost his life because he took the risk to see you off in a dangerous area; courtesy demands that you show up to tell the family exactly what happened.” The Police Public Relations Officer in the state, DSP Bala Elkana, said the command had been relating with LUTH authorities on the case.  He said, “We have been engaging the hospital authorities in our investigation and the chief security officer of the hospital has been coming for updates.”  But Wahab said the family had not received any information from LUTH as regards police investigation.  The spokesperson for LUTH, Kelechi Otuneme, promised to reach out to the CSO to confirm the police claim.The post 7-weeks after, family of murdered LUTH doctor cries out over police silence on the investigation appeared first on Linda Ikeji Blog.

DJ Khaled and his wife, Nicole Tuck have welcomed their second child, a baby boy.  The hip-hop veteran took to Instagram few minutes ago to announce the birth of his second child with a celebratory photo of himself and the doctor who helped deliver the baby. He wrote […]

Popular Nigerian Actress, Eniola Badmus made the most of herself as she was recording a video for her teeming fans on social media. Badmus, who shot to limelight after starring in Funke Akindele’s ‘Jenifa’s Diary’, was walking down a staircase and showing off her voluptuous […]

Stop Comparing Yourself to Others

One resolution we should all make for this new year is to stop comparing ourselves to others. Whether it is the social media account we follow or the advertisements in our inbox, sometimes our inner voices whisper that who we are or what we have […]