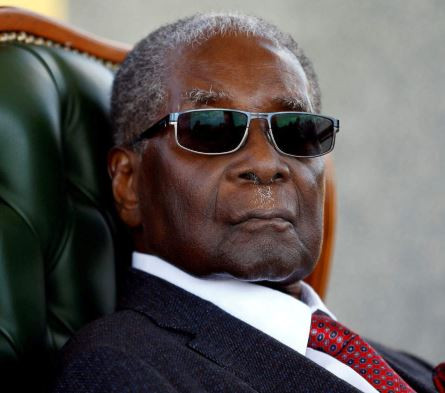 Robert Mugabe, Zimbabwe's first post-independence leader, has died aged 95. Mugabe had been receiving treatment in a hospital in Singapore since April before his demise.  Late Mugabe was ousted in a military coup in 2017 after 37 years in power. His early years were praised for broadening access to health and education for the black majority, but his later years were marked by human rights abuses and corruption.   Below is the highlight of eight of the most important dates in his life… 1924: Born in 1924, then went on train and become a teacher1964: Imprisoned by Rhodesian government1980: Wins post-independence elections1996: Marries Grace Marufu2000: Loses referendum, pro-Mugabe militias invade white-owned farms and attack opposition supporters2008: Comes second in first round of elections to Tsvangirai who pulls out of run-off amid nationwide attacks on his supporters2009: Amid economic collapse, swears in Tsvangirai as prime minister, who serves in uneasy government of national unity for four years2017: Sacks long-time ally Vice-President Emmerson Mnangagwa, paving the way for his wife Grace to succeed himNovember 2017: Army intervenes and forces him to step downThe post 8 important dates in the life of late Zimbabwean president, Robert Mugabe appeared first on Linda Ikeji Blog.