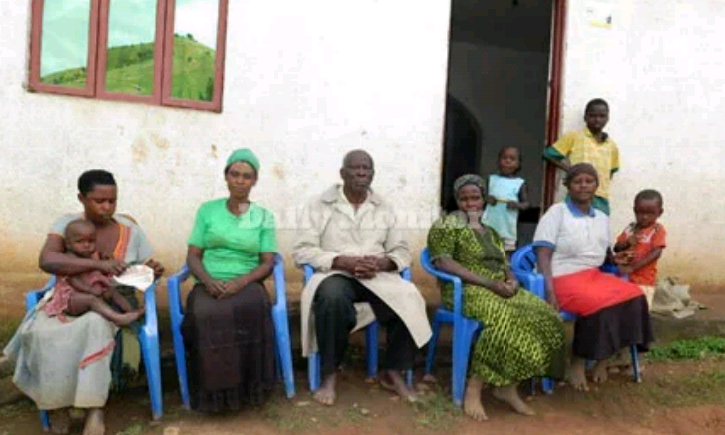 A 94-year-old father of over 100 children, Nulu Ssemakula,  recently expanded his already bloated household by marrying four new wives in Ruyonza, a largely polygamous village in Uganda. Ssemakula was the first Muslim from Ruyonza to make the pilgrimage to Mecca in 1977, reports Uganda Monitor. Ssemakula has been successful in expanding his family boasting of more than 19 wives with whom he has had more than 100 children and is still counting. His youngest child is 10 months old now and the youngest wife, who is 24 years old is pregnant. He currently lives with 66 of his young children. While some of his children have grandchildren, the great grandfather says he still hopes to have more children and even marry more women. 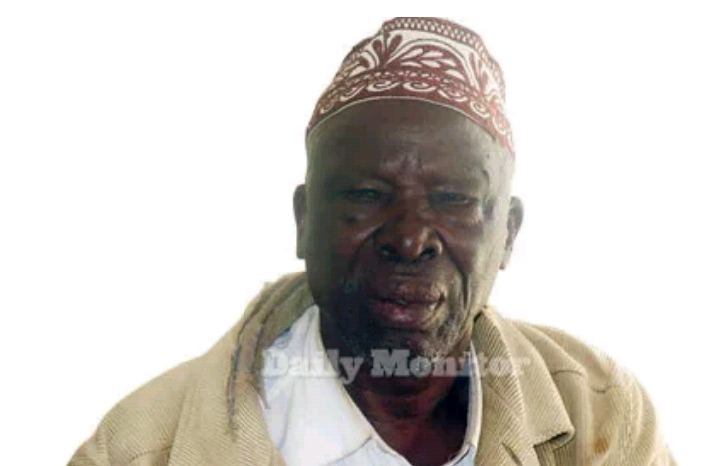 His grandfather, a one Kashwijuma, a parish chief, was among the first Baganda in colonial era to migrate to Ankole on invitation of the Omugabe of Ankole after signing an agreement for rule with British colonialists. Ssemakula’s father, Juma Tamuzadde, heroically opted to stay in Kyaruhuga Parish, currently Bwongyera Sub-county in Kajara, Ntungamo District after most of his family chose to return to Buganda. Kashwijuma had been killed by a lion. Ssemakula married his first wife in 1952, who was soon joined by five others. They still live together.“I unfortunately lost four of my wives while others who needed more than I could afford, I let them go. But they left me with children; I will still marry more if I still have more years and even have more children. In children and wives, is where I find my pleasure. That is my true wealth,” Ssemakula says. Ssemakula has set up a mosque and a primary school (Kiyombero Primary School), a coffee huller and a dairy milk cooling machine in the village to cater for his family. Surrounded by the homes of his children and grandchildren, Ssemakula’s home is a relatively huge house with red ironsheets. The house is accessed by only one entry where the old man is often seated on a bench as he watches over his “empire”. It is a typical agricultural homestead and the family provides the much needed manpower for the vast coffee plantation. 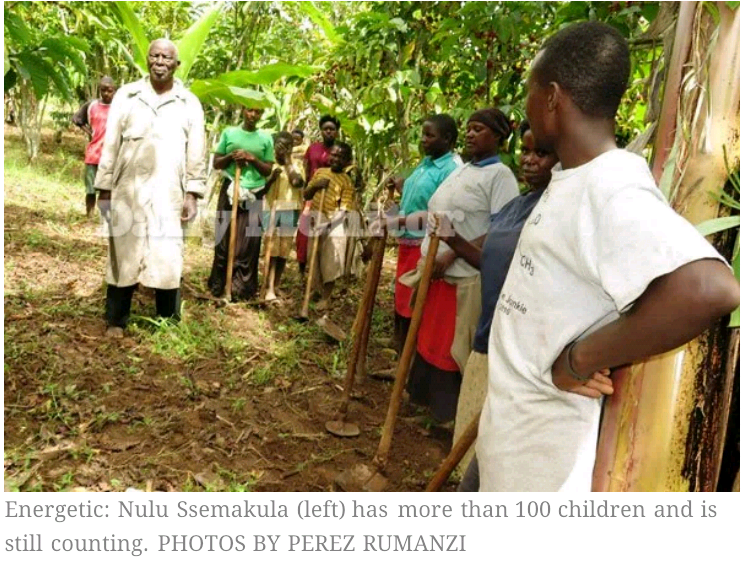 On the day of Daily Monitor's visit, Ssemakula is supervising four of his wives and their children who are clearing a plot of land in preparation for the planting season. He stands at the end of the lot, panga in hand marking the place they must stop at before they call it a day.“When we wake up to do a task, we must make sure we complete it before we go home, that is what we do every working day. It is not normal that we are all here, I live in town and children are always at school, so when we have chance, we utilise it,”he reveals. It is not easy to identify which child belongs to which mother, they all look the same and they blend easily. The girls and boys chat and the children play as if they are just at school. There are the young ones on their mothers’ backs while others who cannot walk on their own are being taken care of by their older siblings. These ones are the ones at home; dozens of others have either got married and have their own families or are working away from home. Shadiah Tumuheirwe, the oldest of the wives at home, is the leader. She issues instructions on what has to be done.“I have to take care of everyone here. And everyone who has a complaint has to pass it through me, that is what protocol demands. if anyone comes to him without first telling me, he will dismiss it and invite me first. We are used to that arrangement. When it is work time we all must wake up and work, there is no exception except the elderly wife whom we all call mama. We cook, eat, work together and sleep under the same roof,” Tumuheirwe says of the family structure. 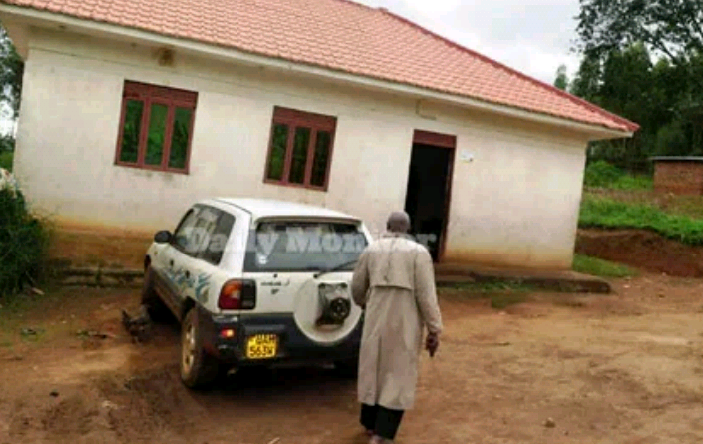 Ssemakula is soft spoken, a centre of command and the head of the family. Dressed in a trench coat, loose shirt and trousers, his clothes are neat, giving him the look of a well-to-do man of the village. He walks and talks with the energy and clarity of a younger person. He has a good sense of humour and is always quick with a joke for the visitors, his children and the wives laugh dutifully although they must have heard the jokes over and again.“When you have many children and many wives, it is like managing the country. You have to pray for the wisdom to know when you must but be serious and when you need to lighten the mood,” he explains. At home, there is kraal of cows and sheep, goats and a chicken pen with broilers and local chicken.“The family eats a sheep every week and whenever they get a guest,” he says.He also owns a hotel in Rubaare Trading Centre where he spends most of his time. One of his former clients is the deputy Attorney General and Rushenyi county Member of Parliament Mwesigwa Rukutana who was born in this same village.“Rukutana grew up looking at me and how I took care of my family. He once told me he got the inspiration from me to marry more than one wife. We have since lost touch because he is busy,” Ssemakula talks of his relationship with the deputy Attorney General.The greatest challenge he has had in life has not been a big family, but the loss of his head of cattle to the 1979 war rebels.“They came here and took away my 100 heads of cattle. I was suspected to be a strong supporter of the Amin regime. This incident showed the need to have as many children as possible to defend me. My wisdom was rewarded when one of my sons became a lawyer, took my case on and eventually got me Shs100m compensation,” the old man says with satisfaction. At his home, there are five wives, the eldest Hajat Madinah Namatovu, Shadiah Tumuheirwe, Rehema Nalubega, Sulainah Arinaitwe and Jalia Kyomugisha all except Nalubega converted to Islam following their marriage to Ssemakula. His youngest wife Christine Ninsiima, 24, who lives with him at his hotel in Rubaare town and is the hotel manager is yet to convert though. Polygamy is legal in Uganda, where a man is allowed to marry multiple wives at a time. Due to this, most families tend to contain an abundance of children. According to the 2014 Census of Uganda, around 8.3 per cent of all women aged 18 years or more, were currently married, cohabiting or in a polygamous relationship.Managing co-wife relationships“We might be co-wives but we love and treat each other like sisters. This harmony in our marriage comes from our husband, whom we also treat as a father. None of us, I think cheats on him, he is more than 90 years but when he gets to you, he has the energy of a 30-year-old. He has no illness and he can never complain of anything. He gives us everything we need,” Arinaitwe, one of the wives says. His children seem to enjoy the big family the most. “We have a good life, when you live here, there is no way you can have a challenge at school because this is more like a school. Every woman is our mother, and the only big mother we have is mama, whom we all call grandmother. Our father says he wants us to develop into hardworking men who can take care of even bigger families,” Shafik Muhwezi, one of the children and student at Nyamitanga Secondary School, Mbarara, says. A proponent of education, Ssemakula has been able to send his children to school. The family boasts of engineers, doctors, nurses, clinical officers, teachers and lawyers others have pursued vocational studies and others run businesses.Resident: Amina Murekura praises Nulu as an exemplary Muslim who takes care of his family and never allows anyone to go hungry."Hajji Ssemakula is my inspiration. While he has many wives and children, you can never hear of conflicts in his home. He hosts all his children at least once every year and they slaughter animals for a meeting. I think many who wish to have polygamous families should consult him" said a businessman Ruteda Laboratories."While he has many wives and many children, he remains a very committed Muslim, very principled and his love for social political, economic and religious development is enormous. He has donated land for the construction of a Mosque at Kiyombero and has also given a lot of money to have it constructed. To him and his family, we owe a lot." said Sheikh Swaleh Kashangirwe, District Khadi Ntungamo.The post 94-year-old Ugandan father of 100 marries four new wives; says he still hopes to have more children and marry more women appeared first on Linda Ikeji Blog.

Pastor Enoch Adeboye of the Redeemed Christian Church of God RCCG, says lots of babies wiill be made as a result of the COVID-19 lockdown. The clergyman said this in his sermon on Sunday morning while listing some of the good things that will come […]

A Nigerian man has narrated how he helped a footballer friend twice even after he stopped talking to him after becoming successful.  According to Oluwanishola Akeju Whitehead, he went all out to get the money the footballer needed after being selected to travel to Oslo. He further […]