IBM has become the latest tech giant to part ways with employees amid the fallout of the Covid-19 pandemic. Source link No related posts.

A graphics designer known as ayofrica has reacted in a very emotional way after popular singer and DMW Boss, David Adeleke posted his work (which was a photoshopped image of himself and Wizkid). Apparently, Davido appreciated the art as he shared it on his social […]

Why Olamide Is A Perfect Brand Ambassador For itel

The recent unveiling of Olamide as itel Mobile’s brand ambassador in Nigeria has opened up a new chapter for brand loyalists and lovers. In five words, it is a good move and here’s why. His announcement is the first pointer.  Attendees at the virtual unveiling ceremony […] 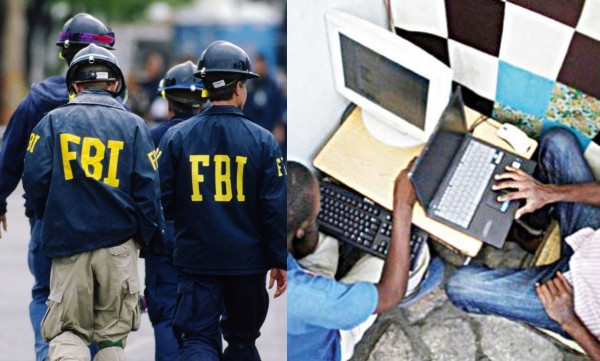 Nigerians indicted by the Federal Bureau of Investigations (FBI) probe have been asked to voluntarily surrender themselves or risk getting extradited if international treaties are invoked.  Recall LIB reported that 77 Nigerians were arrested by the FBI, following an investigation which uncovered how they conspired with federal and state agents to dupe unsuspecting American victims of their money. The Nigerians in Diaspora Commission (NIDCOM) in a statement released by its chairman, Abike Dabiri-Erewa, admitted that an accusation does not mean guilt while also expressing hope of a fair and speedy trial.  Dabiri-Erewa also revealed that these Nigerians currently prosecuted by the FBI were linked to cases of massive email fraud and money laundering.  “RE: Arrest Of Alleged Nigerian Fraudsters In Various Parts Of The United’ States Of America” the statement read. “The Nigerians in Diaspora Commission is deeply concerned about the news of the court indictment of 80 persons, mainly Nigerians, in various parts of the US, being accused in separate FBI cases of massive email fraud and money laundering.“Prior to the court indictment of these eighty persons, of which Valentine Iro and Chukwudi Christogunis Igbokwe are lead suspects, Obinwanne Okeke had earlier been arrested in Virginia.“We acknowledge the fact that accusation does not mean guilt, and we hope that all the accused will be given fair and speedy trial. We also ask those accused in Nigeria to voluntarily turn themselves in, to American authorities to clear their names, without which the Nigerian government should extradite them if relevant international treaties between the two governments are invoked.“While such actions ultimately have negative effect on the image of the country, the Commission however reiterates as it has always done, that the actions of a few Nigerians involved in criminal activities is not and can never be what the majority of Nigerians represent. We advise and we continuously resist any stereotyping of Nigeria and Nigerians generally.“The Commission will continue to monitor the case closely.” 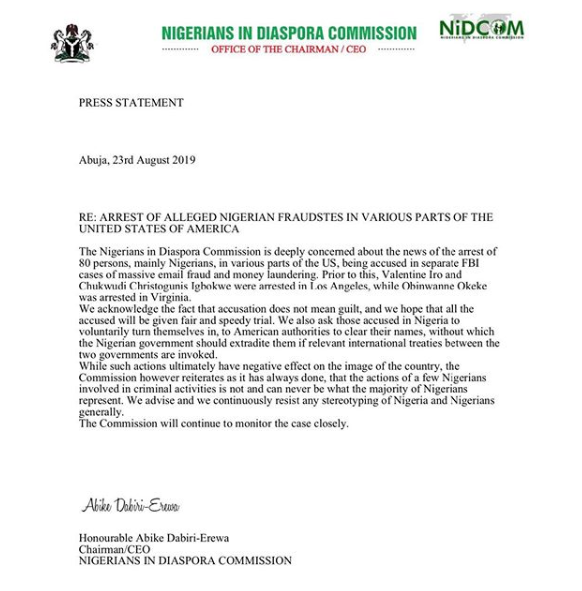 Omotola Jalade records new song, says that’s all she has wanted to do

Omotola Jalade Veteran Nollywood, Omotola Jalade Ekeinde has announced on social media that she is back in the music industry to do all she has wanted to do. She shared a screenshot of the song from her music library to make the announcement stating that […]

IBM has become the latest tech giant to part ways with employees amid the fallout of the Covid-19 pandemic. Source link No related posts.