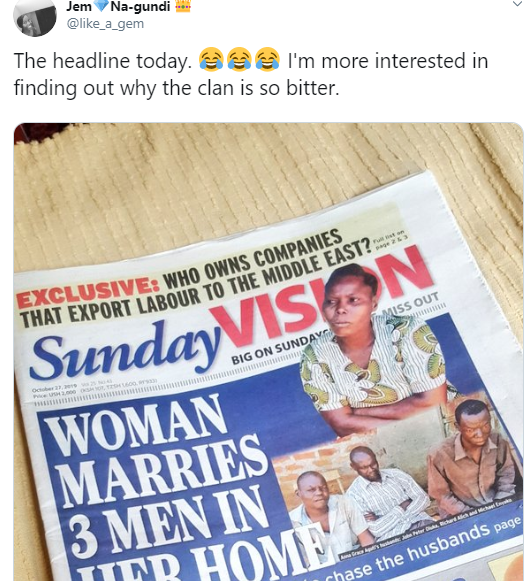 A woman married three husbands against her father's approval and he gathered his clansmen to chase his daughter's husbands away from her home. This interesting story out of Uganda made the front page of a newspaper and is now trending on Twitter. Ann Grace Aguti, a mother of three, from the Ngora district in Uganda, said she was married like other women. Her desire in her marriage was to have a "tender, loving husband, who can provide all my needs as a housewife." When her husband wasn't meeting that need, she said she decided to do things her way. "My husband was useless and I remained the breadwinner. When I left him, I started looking for that special someone, but I have not yet found him because even now, I have to feed the men that I have. So, my search continues." 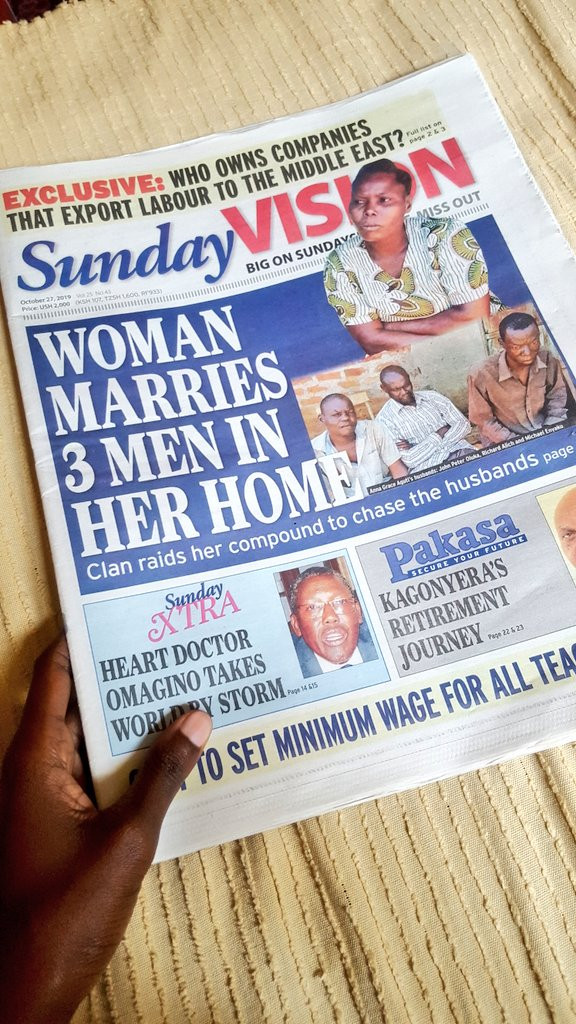 Her search led her to a number of men who became her husbands, living in her house and taking turns to sleep with her. Then, she met another man who she brought home after which she chased all her other husbands "due to lack of discipline". She later brought two other men home, making them three husbands. 36-year-old Aguti, is the head of the home, according to her husbands. She allocated three out of the seven huts in her compound to the men. Enyaku, who is the first of her current three husbands to arrive, told of how he came to be her husband. He said: "When I came to her home, I found other men already husbanding her, but she chased them away because she reserves the right to admit anyone of her choice. I strongly believe her pregnancy is mine." Aguti is currently pregnant with her fourth child. It is not clear who is responsible for the child in her womb because she has a host of other lovers besides her three husbands. But Aguti's lifestyle doesn't go down well with a number of people, even though the men don't mind sharing her. Her father, a pastor, is one of those opposed to the marriage. Pastor Peter Ogwang mobilised clan members to intervene in his daughter's marriage, because, according to him, polyandry is not acceptable in the Teso community. Pastor Ogwang had a meeting with clansmen to plot a way forward. They engaged clansmen to surround his daughter's compound early in the morning and arrest the husbands. However, "when they arrived, they met resistance and Aguti defended herself during an exchange with her father," Sunday Vision newspaper reports. 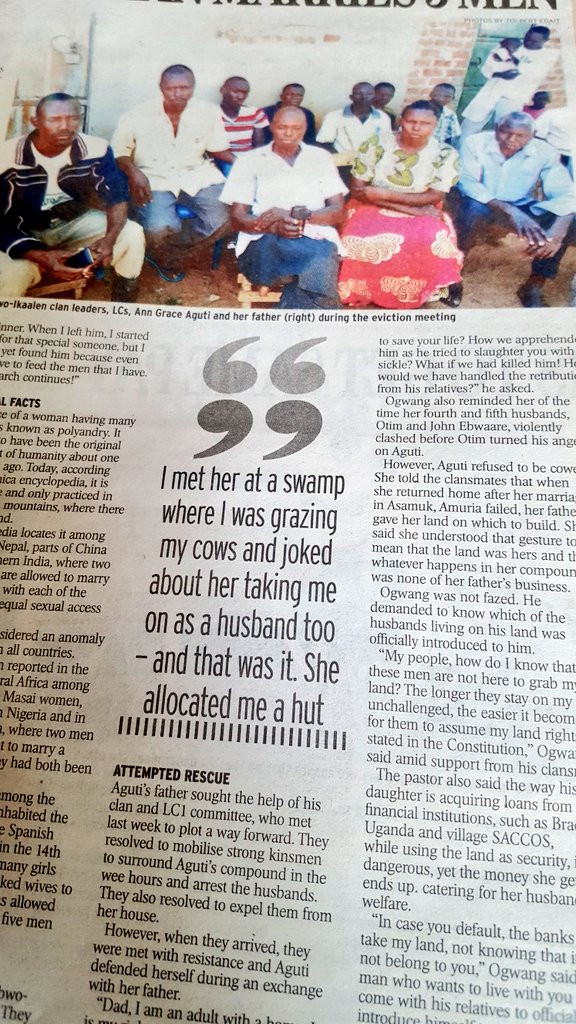 Aguti told her father during the confrontation: "Dad, I am an adult with a home. It is my right to have the three men who, fortunately, understand each other." She then said to every man who came to her compound to expel her husbands: "Who among you, dad inclusive, will take me as a wife now that you are chasing away my husbands?" 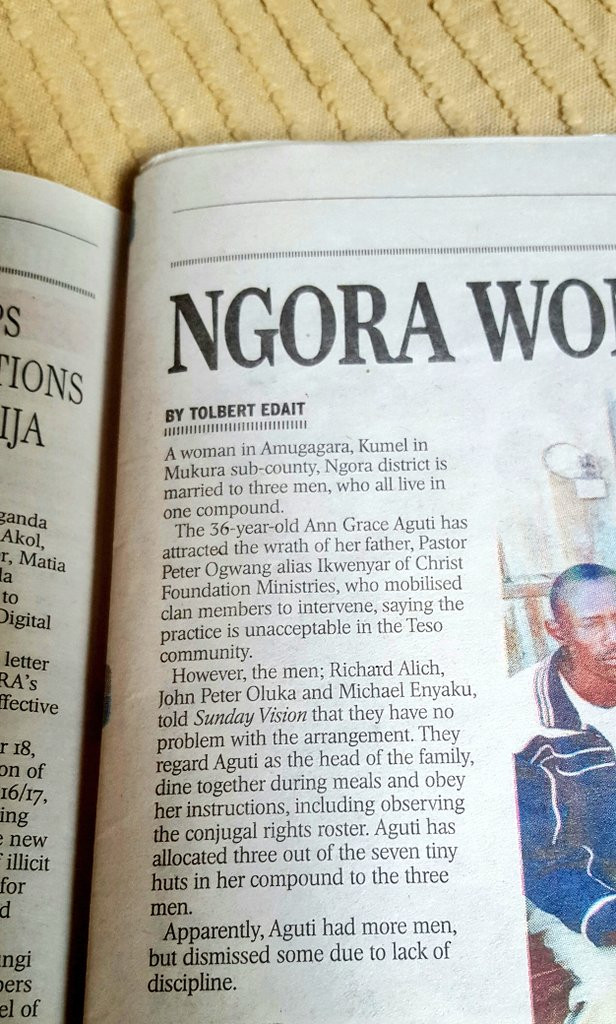 Well, the local council clan eventually ruled that the men should leave Aguti's house for the time being and if they want to still marry her, they are to come officially with identification and introduce themselves to the local authority. The three husbands left and vowed to return. As it stands, one husband has already returned with his duly signed letters. 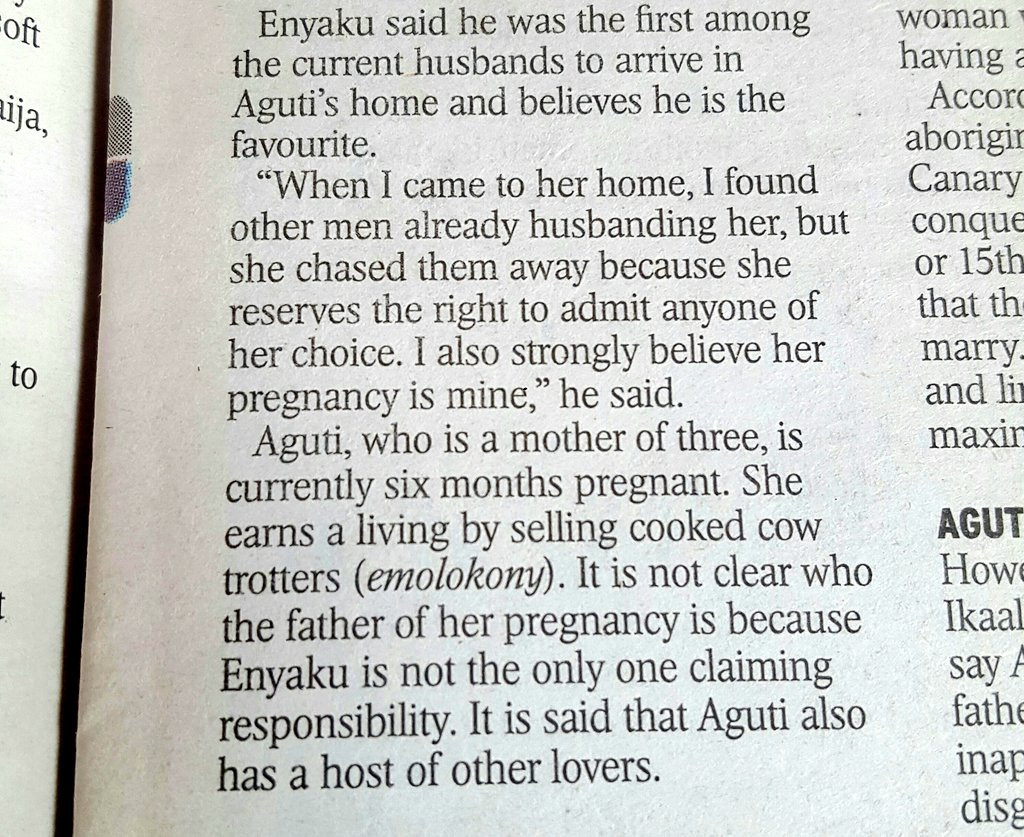 Twitter users have been reacting to the new in hilarious ways. Read the rest of the story in the newspaper clippings below. 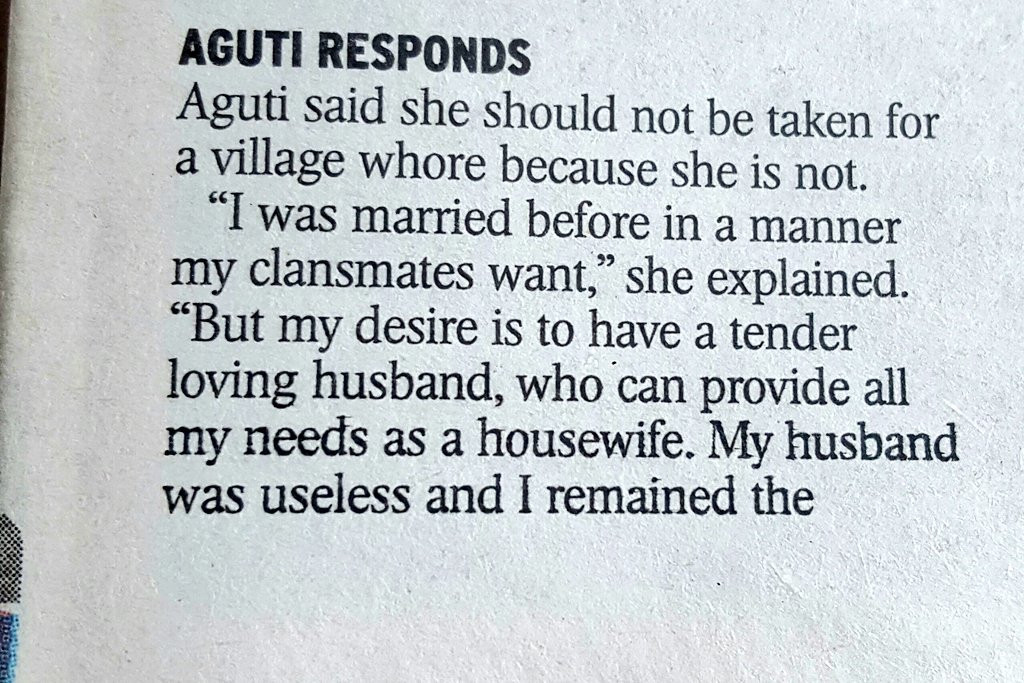 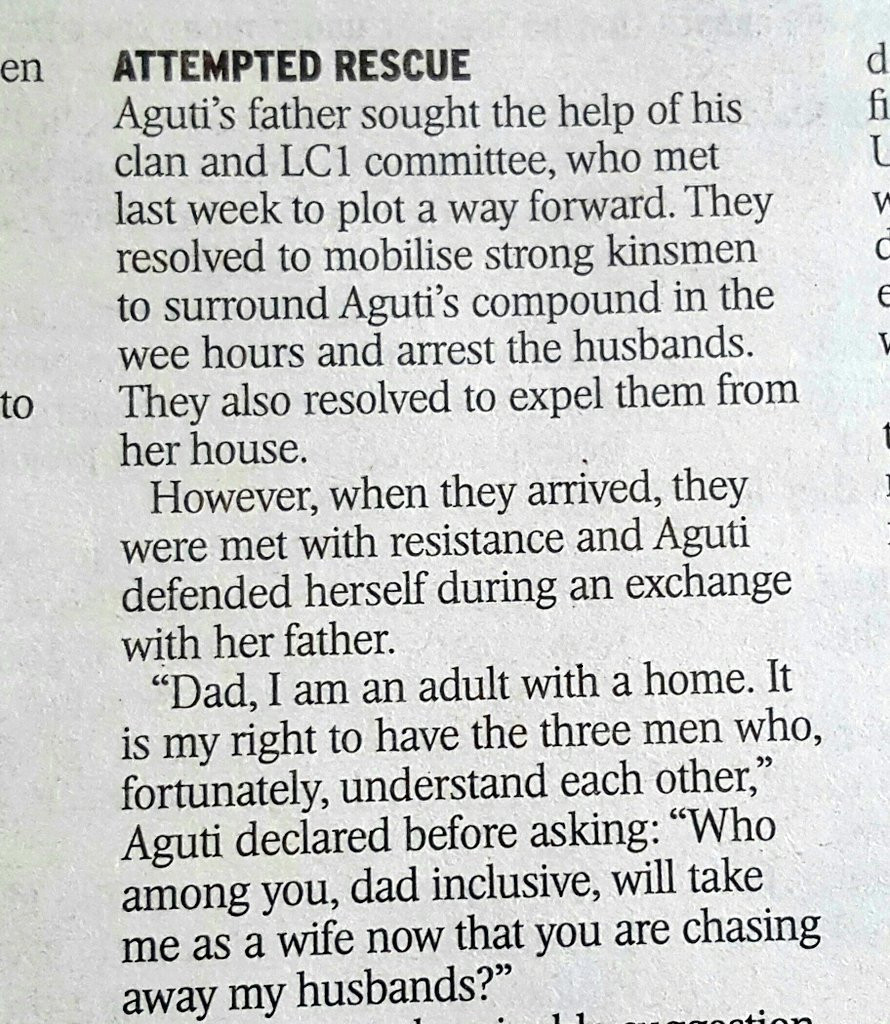 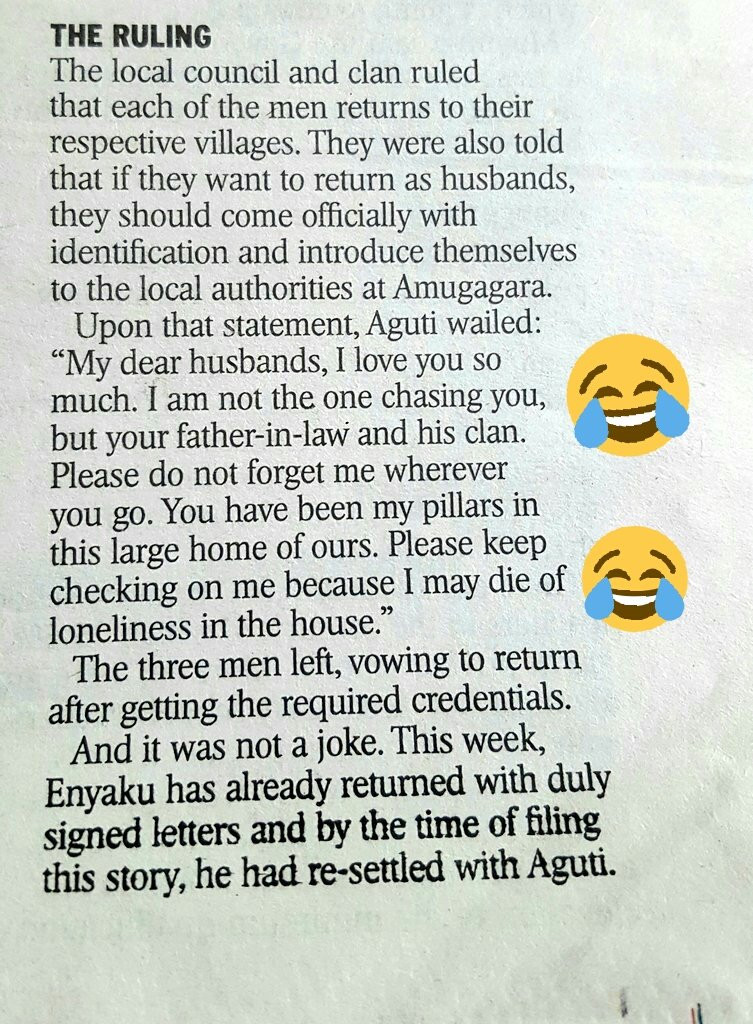 The post A woman who married 3 husbands trends on Twitter as she makes front page of a newspaper appeared first on Linda Ikeji Blog.