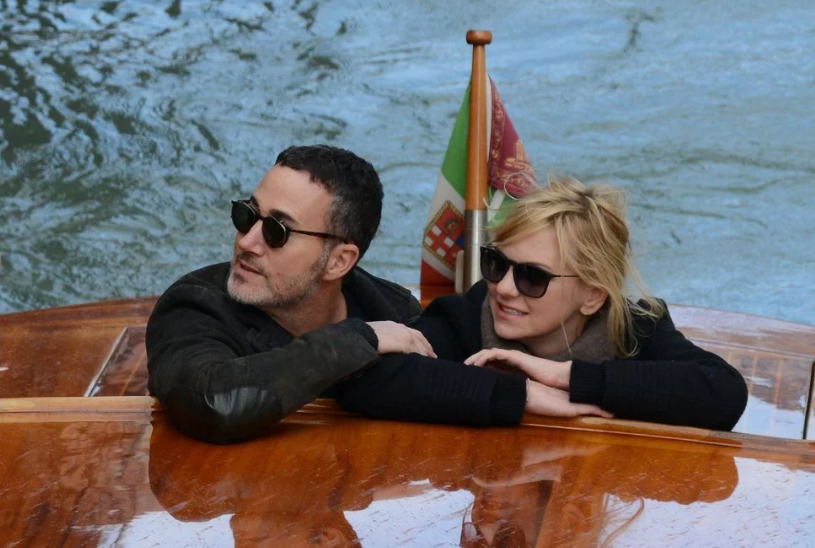 Anna Faris has confirmed she is engaged three years after her split from ex-husband Chris Pratt. The 43-year-old American actress, who has been dating cinematographer Michael Barrett after her split from the actor, confirmed her engagement to host James Corden on "The Late Late Show" this week.  The Scary Movie star sparked engagement rumors earlier in February when she posted a photo with Jason Biggs in which she flaunted a massive ring on her finger.  When Corden asked Faris about the ring on The Late Late Show, the actress confirmed she's getting married again. He pointed out the "unbelievable" canary yellow rock on her left ring finger, saying:"This was not here the last time you were on the show," Corden said. "Look at this ring!" Faris thanked the host while flaunting off her ring. "Who are you marrying, Mark Zuckerberg?" Corden exclaimed. "Congratulations on the engagement." The actress then mentioned she is searching for someone to officiate her upcoming nuptials. "Can you officiate a wedding? … I would love you to audition, if you came and read," Faris joked, with Corden asking her what she was looking for in an officiant. "I want somebody that's humorous, that also brings heartfelt sentiment, that doesn't talk too much about themselves." “I could [officiate my wedding],” Faris quipped. “I need a lot of attention, James!” Anna Faris's engagement to Michael Barrett comes three years after she and actor Chris Pratt, who were married for eight years with a son, split from each other.  Pratt is now married to Katherine Schwarzenegger, the daughter of legendary actor Arnold Schwarzenegger.The post Actress Anna Faris confirms shes engaged and says she would officiate her own wedding appeared first on Linda Ikeji Blog.