President Buhari nephew, Ibrahim Dauda is dead. A statement released by the president's Senior Special Assistant on Media and Publicity, Garba Shehu today May 30, said Dauda died in Daura, Katsina state, following a prolonged illness. In a condolence message, the President stated he is deeply devastated by Dauda's […]

Regina Daniels and her husband, Prince Ned Nwoko are expecting their first child (photos and video)

Nollywood actress and her husband, Prince Ned Nwoko are expecting their first child together. The former Delta lawmaker made the announcement on Instagram where he shared photos of the pregnant actress. Prince Ned Nwoko wrote;  It is now official. I am excited to announce that my baby is having […] 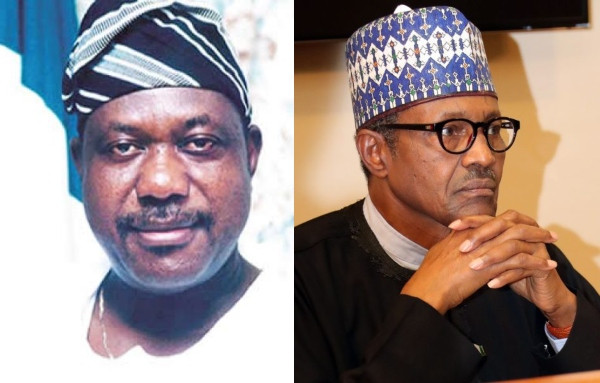 George Akume, the current Minister of Special Duties and Intergovernmental Affairs has stated that anyone criticizing the Buhari-led administration is ungodly.  Insisting that President Buhari is on the right track and working tirelessly to fix the country in an interview with TVC, the former Governor of the Benue who was elected on the platform of the People's Democractic Party (PDP) blamed his former party of destroying the country’s economy, turning blind eye to insecurity and siphoning funds meant to provide electricity in its 16 years rule. George Akume said “When people talk so much about this government negatively, I believe they have a sinister motive and purpose. Sincerely, they are no angels in government but there is a big difference between what was and what is.“The system was bad when this government came on board in 2015. And at the time we came virtually all sectors of the economy had broken down; (there were) serious security breaches.“You can testify that a lot has been done by this government in that area to stem the tide of insecurity. When I was in the Senate, I happened to be a member of the committee on defence; we visited the North East and virtually everything was bad.“I knew what was going on in the North East. Frankly, about half of that place was taken over by Boko Haram. Today, Boko Haram has been seriously degraded. Of course, they strike from time to time which is normal even in Iraq, Egypt and so on. Boko Haram can never ever operate with immunity.“What the military is doing is now is a mopping up of pressure. Banditry, robbery, and kidnappings are pains of democratic transition. The offences against these vices are very strong.“When you are outside the country and you hear people talk about Nigeria, you will think it is a place where life is nasty, brutish, and short – where you cannot do business. But when you get into the country, look at the rich opportunities that the country offer.“The fact is that those who are doing business here also smile to the bank. If you like, do a programme on power beginning from 1999 when this country returned to participatory democracy to presidential democracy, so much has been put into the power sector and yet the result was very appalling until 2015 when this administration got to power.“I say it on the bases of my own experience as one of the founders of the PDP. I know that government of the day decided to add 60, 000 megawatts of power to the national grid at the end of 2007. At the end of the day, I don’t know what the whole thing ballooned to N16 billion and nothing to show for it,” he said.  The post Anyone criticizing Buhari is ungodly – George Akume appeared first on Linda Ikeji Blog.

The complete Python programming certification bootcamp is currently 98% off

Considered one of the best programming languages to learn and possess in your toolkit, Python is efficient and powerful, uses simple syntax, and adheres to coding principles. That’s why top companies like Microsoft, Cisco, Netflix and Google rely on it to build complex functionality without […]