Mike As the 2020 edition of the Big Brother Nigeria set to commence auditioning for prospective housemates, Mike Edwards, the first runner up of the last edition has come out to advise aspiring housemates. Speaking via a tweet he sent out via his official Twitter […]

Lagos state has recorded four more COVID19 deaths. This was disclosed via the state's Ministry of Health's Twitter handle this afternoon. This brings to 42 the number of COVID19 related deaths recorded in the state.''199 new cases of #COVID19 Infection confirmed.Total confirmed cases in Lagos […]

System Shock 3 is now being developed by Tencent

A true sequel to System Shock 2, existence of the third installment was confirmed way back in 2015 courtesy of OtherSide Entertainment. We got a teaser in early 2019 and a pre-alpha trailer several months later but by February of this year, word around the […] 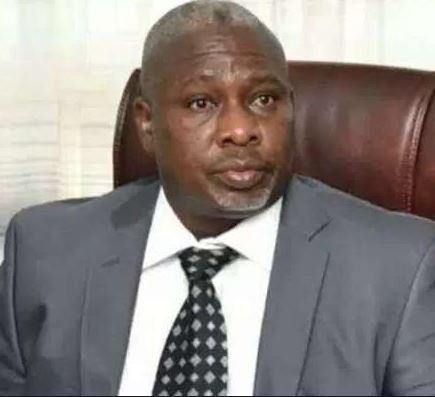 The All Progressives Congress (APC), Kogi State chapter on Thursday August 8th, suspended the Deputy Governor of the state, Simon Achuba over alleged anti-party activities before, during and after the 2019 general elections.   According to the APC, the suspension was based on some actions the Deputy Governor took that constituted embarrassment to APC family in Kogi State. The Kogi APC chairman, Abdullahi Bello, said the party received several petitions from stakeholders in Iyano ward, Ibaji Local Government Area, where the Deputy Governor hails from.   Bello stated that the activities of Achuba during the last elections was against the APC candidates, while he (Achuba) held the exalted position of the Deputy Governor of the state. He added that the report of the disciplinary committee constituted by the Iyano ward and Ibaji local government APC, to probe the crises in the area, allegedly indicted the deputy governor, and also recommended for his suspension to be followed by expulsion, if he did not show any remorse.   He stated that the state Working Committee of the APC, having deliberated on the recommendations of the disciplinary committee of APC Iyano ward and Ibaji local government branch of the party, resolved and upheld Elder Simon Achuba’s suspension till he responds to the letter that the party would serve him.“As we are all aware, the All Progressives Congress does not condone acts of indiscipline, indiscretion and anti-party activities from any party member, no matter how highly placed.His series of reckless, damaging and unsubstantiated allegations against government of Kogi state was an action that constitute a serious violation of Article 21A(ii), (v) and (vii) of the APC constitution, amount, amounting to acts of disloyalty and embarrassment to the party,” Bello said.He added that the decision of the state working committee would be communicated to the APC National Working Committee in due course.The post APC suspends Kogi State Deputy Governor, Simon Achuba appeared first on Linda Ikeji Blog.

Woman with incredible long fingernails shows how she washes her hands

A woman with extremely long fingernails has shared a video to show how she washes her hands. The woman, whose fingernails are 16 inches long is seen in the video struggling to wash her hands properly. The nails kept getting in the way as she […]

The Lagos state Commissioner for Health, Prof Akin Abayomi has revealed why the state has more cases of Coronavirus than Kano which it shares a similar demography with.  Speaking at a press conference on Thursday May 21, the health commissioner debunked claims of a dramatic increase […]

Mike As the 2020 edition of the Big Brother Nigeria set to commence auditioning for prospective housemates, Mike Edwards, the first runner up of the last edition has come out to advise aspiring housemates. Speaking via a tweet he sent out via his official Twitter […]