Lego's 1:8 scale model kit of the Lamborghini Sian might actually be more desirable than the real car

Lego Technic kits are one of its more challenging products, aimed at car enthusiasts who don’t mind spending unhealthy amounts of time tinkering with complex plastic pieces that take the shape of a Porsche 911 RSR, a Corvette ZR1, a Bugatti Chiron or even the […] 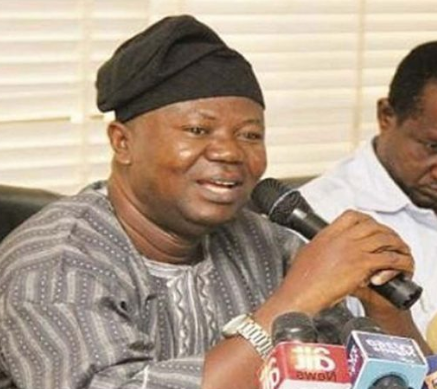 The Academic Staff Union of Universities will today, October 28th meet with the leadership of the National Assembly as part of its battle against the controversial Integrated Payroll and Personnel Information System. According to reports, the meeting would be held behind closed doors as a source told newsmen in Abuja that, “It has been confirmed that the ASUU leadership will meet the leadership of the National Assembly on Monday. The meeting will centre on the ongoing face-off between ASUU and the Federal Government over the IPPIS saga.”   President Buhari, had during the 2020 budget presentation at the National Assembly on October 8, ordered that all public sector workers must register for the IPPIS to save cost and fight corruption by blocking leakages in the Federal Government’s salary payment structure.   However, ASUU had last week opposed the President’s directive, saying the IPPIS negated the law on university autonomy.  The Accountant-General of the Federation, Alhaji Ahmed Idris, who faulted  ASUU, said the union’s position was an open endorsement of corruption. The Special Adviser to the Senate President on Media and Publicity, Ola Awoniyi, on Sunday confirmed ASUU’s meeting with the National Assembly leadership. He said the meeting would hold at 11am in his principal’s conference room.  Awoniyi in a WhatsApp message to one of our correspondents, wrote, “The Academic Staff Union of Universities will meet His Excellency, the Senate President, on Monday at Meeting Room 301 by 11am.”     ASUU National President, Prof. Biodun Ogunyemi, also confirmed the meeting, but declined to provide details of demands the union would table before the Senate President. “The most important thing is that we are meeting tomorrow (Monday). We want to discuss the Nigerian education generally. All issues (including the IPPIS) will be touched. I think that is enough,” the ASUU president noted.The post ASUU heads to the National Assembly over ‘payroll system’ controversy appeared first on Linda Ikeji Blog.

Davido took to Twitter to post about the new house he got in Banana Island with money made from singing about "banana falling on someone". The house, located in the exclusive highbrow area of Lagos, features a private lift, something the singer says he's always wanted. After […]