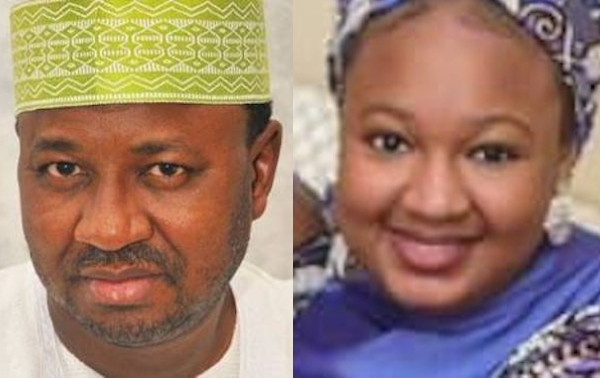 Dr Umar Ardo, a People's Democratic Party (PDP) chieftain and the cousin of the party's 2019 Presidential election candidate, Atiku Abubakar has revealed that he paid $15,000 in bitcoin to secure the release of his daughter, Miss Ai’shat Umar Ardo (Ummi). The PDP chieftain disclosed that his 24-year-old daughter fondly called Ummi was kidnapped as she came out of Blinkers Supermarket in Asokoro Abuja on Saturday night. He was however contacted by one of the kidnappers at about 9:56 am on Sunday September 15, and was promised his daughter would return to him safely if he cooperates with them. “I then said okay I will cooperate and negotiate with you on one condition; that is if you give me two promises. One, that you will not harm my daughter, by which I meant you won’t kill her. Secondly you will not molest my daughter by which I meant you won’t rape her" he told Daily Trust. "“But if you cannot promise me these two then you can as well do what you want to do with her. The caller then said Dr I see you are a gentleman and I am also a gentleman. I give you these two promises; we will not touch your daughter.“I then asked what would you want me to do in order to get back my daughter? He said you are going to pay us $15,000. If you cooperate with us your daughter would return to you but if you don’t cooperate with us you will never see her again alive" He further revealed that the kidnappers called him around 3pm, saying they wanted the ransom to be paid in bitcoin.  “I told them I don’t know how to do this bit payment but the caller insisted I must learn. I will text you our address through which you will go and make the payment; it is up to you to do that; don’t forget the life of your daughter is on the line.“Thank God I had the money in my domiciliary account. I got somebody who paid the money through the wallet account. Within an hour we sent the money and it generated payment evidence which I texted to him. I was waiting for his response but he didn’t but by 10 pm a call came I picked and it was my daughter. She said she was at drumstick at Gwarimpa where I went with family members and picked her.” Ardo said.  The post Atiku’s cousin pays kidnappers $15,000 in bitcoin to secure daughter’s release appeared first on Linda Ikeji Blog.

Scott Disick and Sofia Richie have split up after nearly three years together, it's claimed. Scott Disick, 37, and Sofia Richie, 21, began dating in 2017, two years after Scott and Kourtney Kardashian split. Though Scott split from Kourtney in 2015, he remained in her life since […]