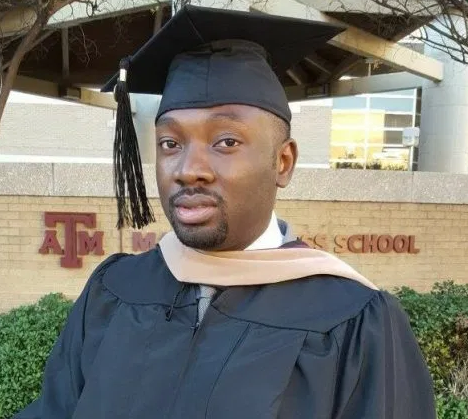 US Federal prosecutors have said that an Atlanta Georgia-based Nigerian, Olufolajimi Abegunde has been sentenced to more than six years in prison for his role in an internet fraud scheme that stole an estimated $15m through computer and wire fraud. The U.S. attorney’s office in Memphis, Tennessee, said on Thursday, October 24th that the 32-year-old Abegunde was sentenced Tuesday for wire fraud, the second Nigerian to be sentenced in less than a week. Last week in Missouri, another Nigerian, Segun Prosper Otaru was also jailed for cyber fraud.   After his arrest last year, Abegunde lied to Nigerian officials that his arrest was based on mistaken identity and asked for help to get him out of the FBI jaws. But court documents showed otherwise. Prosecutors said the Atlanta resident and several other people created fake business emails and profiles on dating websites to trick victims into sending money to bogus bank accounts. Funds were laundered and wired to destinations in Nigeria, Ghana and some other West African countries. The scams caused about $15 million in losses for victims. Abegunde’s role was that he helped launder money through a compromised business email of a land title company located in Bellingham, Washington, and a real estate company in Memphis, Tennessee.The post Atlanta-based Nigerian Fola Abegunde jailed for $15m cyber fraud appeared first on Linda Ikeji Blog.

Pastor Chris Oyakhilome of the Christ Embassy church has taken a swipe at church leaders who approved the new guidelines for churches to open for worship after the Presidential Task Force on COVID-19 lifted the ban on religious gatherings on Monday, June 1. Part of the modalities and […]

The pregnant wife of Comrade Promise Igbinevbo, Mrs Queen Igbinevbo has been reported dead after she was raped and murdered at her home. It’s reported that the deceased was alone at her home in Benin when her attackers gained entrance into the home through the […]