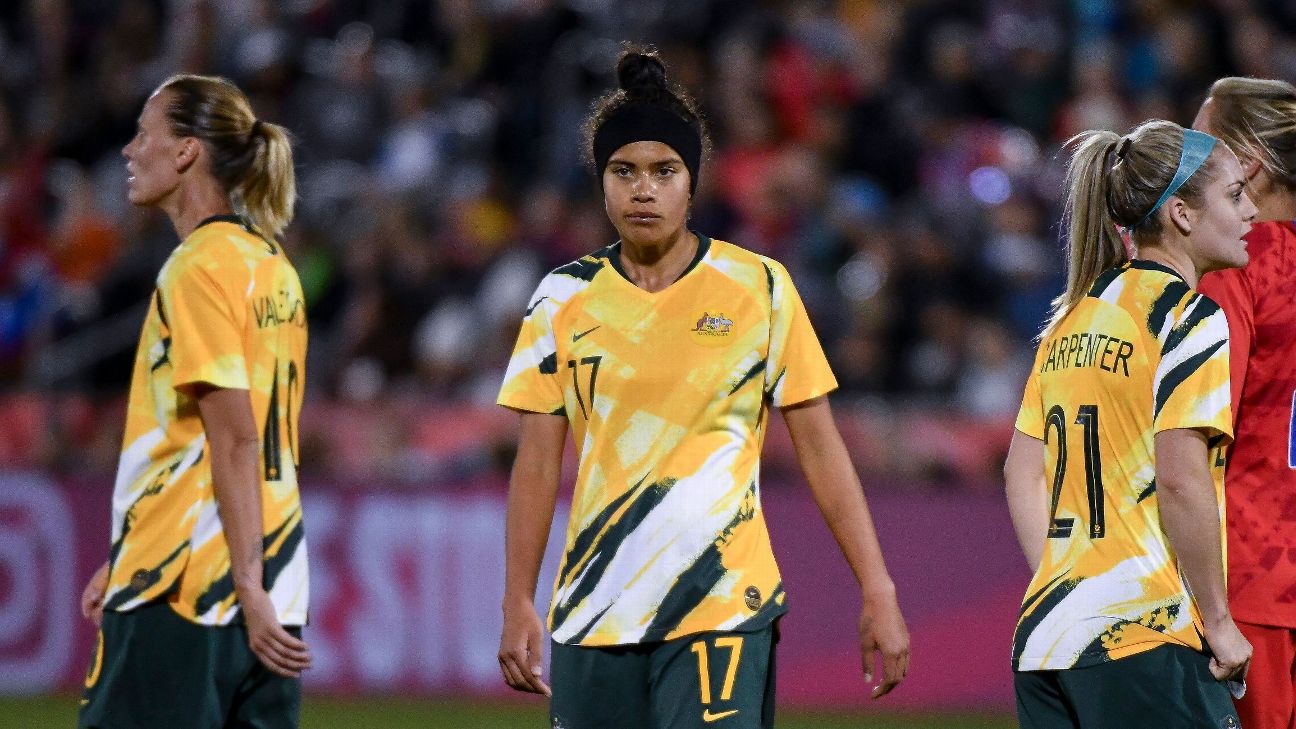 Gema Simon says the whole Matildas squad is looking forward to testing themselves at the World Cup.

USWNT legend Hope Solo thinks France are the favourites to win this summer's tournament – if they can just cope with the pressure of playing on home soil.
Mary Fowler has always had talent but even she concedes she might be ahead of schedule after making the Matildas' squad for next month's World Cup.
The 16-year-old forward will become Australia's youngest player at a World Cup if she can convince coach Ante Milicic to give her some game time.
In one of her first interviews since bursting onto the scene last year when she debuted for the Matildas as a precocious 15-year-old, Fowler shows the same confidence with her words that she does on the field.
"I…