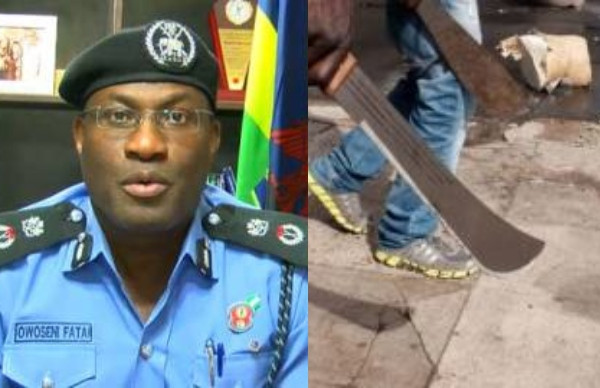 Mr Fatai Owoseni, the former Commissioner of Police in Lagos and Benue states has said that the dreaded ‘Badoo boys’ which terrorized most communities in Lagos especially Ikorodu, is a creation of the media.  The current Special Adviser (Security) to Oyo State Governor Seyi Makinde who spoke at an event organized by the Ibadan Chamber of Commerce and Industry (ICCI) Ibadan, also stated that reports of the "incessant killings" in the South-West region of Nigeria is also blown out of proportion.  Owoseni made the disclosure in response to President of the Chamber, Mr Ismaila Alapa's call for an end to incessant killings in the country and in the state.  He said, “It is our nature to denigrate Nigeria Police Force. No institution in Nigeria that has the number of lawyers and graduates that Nigeria Police has. I want to tell you that the issue of incessant killings was exaggerated because Nigeria is dysfunctional.“Our political leaders, because of their failure, they decided to exaggerate things and colourate crimes politically and religiously. They are only looking for a fault line. They say religion is the opium of the people. They can easily gather people in the church and mosque to tell them lies and we believe it. We are gullible. The social media platforms have added to it.“The major problem we have in the country are those elites. Once they are out of power and they are not able to manipulate the person in power, they look for how to run that person down. That is what is happening in Nigeria. It is not that we don’t have deteriorating security situation but is there any country where you have a perfect situation?“The so-called incessant killing when it comes to Southwest is not as bad as it is being portrayed. Traditionally, we have our own people who are criminals.“Don’t let us join the bandwagon of press people who probably don’t know the meaning of what they said. Because if you said incessant that means it happens constantly and regularly. No. One isolated problem can’t be regarded as incessant. We are not used to the truth in Nigeria. If we do full disclosure we are helping ourselves.“The Badoo thing is a mirage. It is the creation of the media people. Go and look at our criminal law is there anything called Badoo there? Even in Lagos when the noise was much in Ikorodu, I can tell you, it is not that I’m condemning Ikorodu people. Somehow, Ikorodu is known for certain thing.“In the days of ‘essential commodity’ during the Shagari regime, if they know that essential commodities were coming from Apapa, once you drive down Odogunyan, that Army Barracks, it is gone because of ‘Eluku’ or whatever, you hear that somebody has got missing.“So, when those incidents were happening in Lagos and people were talking about ‘Badoo’ if you watched when I was on television, I debunked it. We had murder cases, there is no doubt about that. Murder cases that have the coloration of ritual killings. For God sake, police can’t be everywhere. Where it happened are the houses that are remotely located. Police are not ‘babalawo’s’”. The former police boss also revealed that murder cases borne out cultism attacks and hooliganism are prevalent in Oyo State. The Nation reported that Owoseni who urged “all and sundry to take security serious because security is a personal task”,  disclosed that 357 murder cases was recorded in Oyo State from January to June 2019 and they were borne out of the act of hooliganism.The post Badoo boys is a creation of the media, killings in South-West is exaggerated – Former Police Commissioner Fatai Owoseni appeared first on Linda Ikeji Blog.