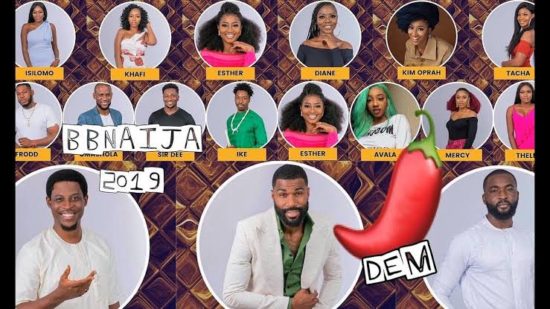 The prevalence of hate speeches in Nigeria is becoming more worrisome, especially at this time of a tensed political atmosphere.

The DG NBC, Mallam Is’haq Modibbo Kawu held a press conference where he spelt out how his Commission have been dealing with the menace in the past few months.

This is the Second Quarter Broadcast Stations’ Monitoring Profile covering the period from April to June, 2019.

Coming shortly after the National and State Elections in the First Quarter of the year, the report indicates that though there is a drop in breaches related to hateful, abusive and inflammatory broadcast, which peaked during the elections, and for which as many as 45 stations were fined, the 2nd Quarter indicates that the trend has continued among certain stations, especially in political programmes. Therefore 20 stations were fined in the 2nd Quarter, for breaching provisions of the Nigeria Broadcasting Code on Hate speech.

Mallam Kawu make it clear that Ten (10) broadcast stations were fined for breaches related to station announcers turning themselves to advertisers, hypers and promoters of product.

According to the DG , the Commission in their highly profile investigation, observed that Kaduna Zone recorded highest in obscenity with 36.53% followed by Abuja Zone with 17.31% and Uyo Zone came third with 15.38%.

In Hate Speech, Abuja Zone topped the chart with 19.21% followed by Kaduna zone with 18.22% and Maiduguri Zone came third with a record of 15.27% while the least in hate speech was Ibadan zone with 6.89.

However, the DG NBC clear accused many stations in Nigeria using unverifiable Claims for their various programs. According to him, Ibadan zone recorded highest in this with 25.33, followed by Abuja zone with 13.33% while Jos zone ahd Kaduna zones came 3rd with 12.00% each and Sokoto zone and Uyo recorded the lowest with 2.67% each. And in Advertisement, Abuja zone recorded highest with 24.43% followed by Enugu zone with 16.40% while Maiduguri zone recorded lowest with 1.53%.

However, in technical breach in broadcasting, Maiduguri zone recorded highest with 31.81%, followed by Benin zone and Sokoto zone recorded same scores 22.73% each and Abuja zone, Enugu zone and Jos zone recorded lowest with 4.54% each.

The Commission under the able leadership of Mallam Ishaq Modibbo Kawu as continue to sanction stations that breaches the Commission code. The Commission slams different fines on ailing station. Here, Abuja zone recorded highest with 47.17%, Ibadan zone came second with 15.09% and Benin came 3rd with 13.22% while the lowest was Enugu Zone with 1.89%.
And the DG NBC also caution stations about lots of pattern behaviors which is a threat to our democracy and the rule of law.