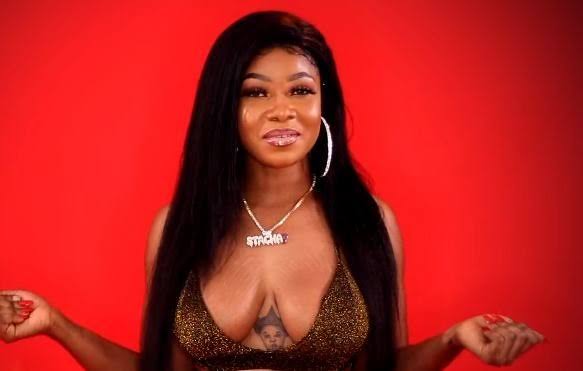 Organizers of Big Brother Naija reality show have come under ‘fire’ for not disqualifying Tacha after her alleged physical attack on Mercy.

36ng had reported that Tacha and Mercy on Friday morning engaged in a dirty argument which had both housemates hurling insults at each other.

The fight started when Seyi called Mercy to the lounge so they could read Biggie’s scroll.

But Mercy who had her bath came out late for the reading. This, however, did not go down well with Tacha who rained insults at her.

Mercy in return called Tacha a dirty girl with mouth and body odour which got Tacha furious as she dragged Mercy’s hair.

However, reacting, winner of Big Brother Africa (BBA) All-Stars edition, Uti Nwachukwu, and Ex-bbnaija housemate, Khloe who was disqualified last year for violence wondered why Biggie was yet to take a decision on Tacha’s violence.

Uti tweeted, ”But wait o!! Wasn’t Mercy’s Hair pulled? Why hasn’t the other #Bbnaija Housemate been disqualified for getting physical?

Khloe on her Instagram page wrote, ”Dear BIG BROTHER NIGERIA for over a year now I kept asking myself what happened that day me and my sweet @k.brule was disqualified and I still can’t get a perfect answer but yah all claim it’s big brother rules BUT even in my season a lot more happened that’s 100 times worse than that night but nothing was done, Now this season, things has been happening and nothing was done as well.

”I just want to know what This show really stands for now cos I can show what I signed, what it says and the rules BUT yah all will say “ it’s big brother house and his rules “ lol

”This is called CLOUT cos of voting money . But who am I to say anything? I’m just Khloe the scapegoat. On this day I wanna say @k.brule I’m sorry I allowed us to be a scapegoat and I love you with all my heart. please forgive me.

@bittobryan thanks for stating the obvious because now I can forgive myself and rest cos werey ni everybody.

”I know a lot of people will testify to me always saying “it’s a reality show and that means showing your real self” but that would have been justified if I wasn’t disqualified for things that was later done”even more “ and no action was taken.

Let no one come with the “ you were voted back “ we all know what that was for and what was achieved @antolecky sorry I tried to say it’s fair on us even though I knew it’s called “Used”. Let me stop writing before I spill the tea #DropPen.”

Responding Khloe’s partner, K-brule who was also disqualified for violence wrote, ” Lol baby girl na real scapegoat. But dem no be God, I no send dem again just dey hustle my hustle dey go. One day though it will all make sense. I thank God for the lessons I learnt and the friends I made. As for platform make I close mouth.

”There is nothing to forgive we gave them a show they gave us the middle finger. I love you too. Though we don’t speak much and we feel very distance, I’ll always be there for you.”

The post BBNaija: Biggie under fire for not disqualifying Tacha appeared first on .