A 22-year-old lady was found dead at her residence in Bomadi community of Delta State on Sunday February 16, after allegedly poisoning herself and her child.  The deceased identified as Epigha Peace Koboye, reportedly took the decision of ending her life and that of her child after […]

Larry Tesler, creator of cut, copy, and paste, dies at 74

Gizmodo reports that Tesler was born in 1945 and studied computer science at Stanford. He worked in AI research and took part in anti-war and anti-monopoly movements before joining the Xerox Palo Alto Research Center (PARC) in 1973. It was during his time at PARC […]

Officials of the Nigeria Customs Service (NCS) have intercepted 1, 393 bags of rice concealed in gas cylinders within Ogun State.  Parading the smugglers before newsmen on Wednesday February 19, the Acting Controller of the Federal Operations Unit (FOU), Zone A in Ikeja, Usman Yahaya said 625 cartons of frozen […] 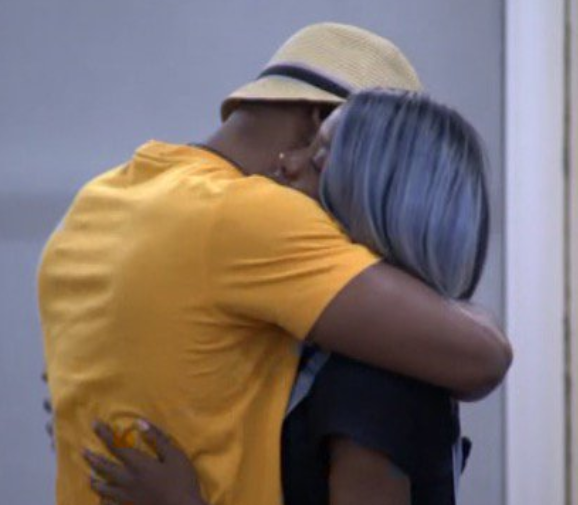 Big Brother Naija Housemate, Diane has left the House after being randomly picked out from an unlucky draw. The Task of picking Diane to leave was performed by Frodd as the second and final part of the privilege of his Ultimate Veto Power. The choice wasn’t entirely in his hands as he had to randomly pick from a magic hat. To get the ball rolling, the Housemates were asked to fetch all their remaining Bet9ja Coins including the big gold Bet9ja Coin they were each given four weeks ago. The Housemates were asked to drop all their Bet9ja Coins in the magic hat except the big gold ones. Their ordinary Bet9ja coins had become redundant at this point. It was a good thing some of them spent theirs when they did. Diane and Omashola wrote their names on their gold Bet9ja coins and dropped it in a magic hat with the rest of the Coins leaving Frodd with the final Ultimate Veto job of picking which Housemate to go home through an unlucky draw. It was a tense moment in the House as Frodd reached into the sac picking again and again till he eventually picked Diane. The Final FiveAfter yesterday’s Eviction that saw Ike and Elozonam leaving, the Pepper Dem Gang were left with six Housemates and the Finale only had slots for five so someone had to leave. But before the process started, a few of the Pepper Dem Gang were assured of their presence in the Finale. Seyi, by virtue of winning the Head of House the previous week, secured a spot for himself in the Finale. The Immunity Mercy bought got her sitting pretty in the Finale while Mike’s public save during the Live Eviction Show guaranteed him a spot in the Finale. Diane and Omashola were the only two left without a guarantee so the decision had to be made between the two of them on who will bid the House goodbye.The post #BBNaija: Frodd uses his ‘Ultimate Veto Power’ one last time to evict Diane appeared first on Linda Ikeji Blog.

Daddy Freeze has weighed in on the online debate about gospel artiste, Tope Alabi's dance step at her father's funeral. A video of the singer went viral yesterday after a Nigerian man criticized her for dancing in a ''worldly manner''. The singer in an interview with […]

Beautiful Nollywood actress, Rita Dominic, has shared a few words on how people use social media. According to Miss Dominic, social media has now become a yardstick for people to measure wealth. The actress, however, frowned on this idea as she pointed out that some […]

A 22-year-old lady was found dead at her residence in Bomadi community of Delta State on Sunday February 16, after allegedly poisoning herself and her child.  The deceased identified as Epigha Peace Koboye, reportedly took the decision of ending her life and that of her child after […]