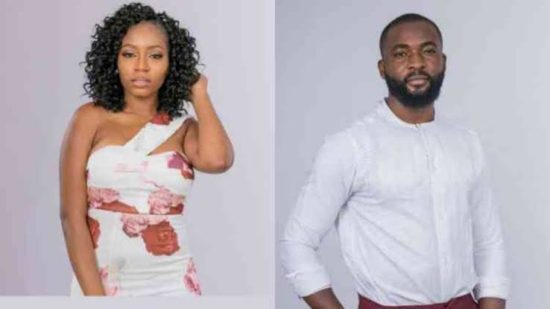 Gedoni and Venita’s conversation on Sunday night caught our attention when Gedoni talked about his relationship with Khafi.

Venita started the conversation after Sunday live eviction show which had Ebuka Obi-Uchendu as the host.

Recall that Ebuka during BBNaija eviction asked Khafi why she was complaining to most housemates about Venita infringing on her relationship with Gedoni.

Khafi in response said she complained to just a few people as she saw Venita getting close to her man.

However, Gedoni cleared the air and told Ebuka he has no love interest in Venita as he is for Khafi alone.

But immediately after the show, Venita who was angry at Khafi for discussing her with other housemates approached Gedoni.

She told him she doesn’t care about Khafi and would have him if she decides to.

Khafi to Gedoni: “If I decide to set my compass on you she would not have a chance.

“I don’t give a f*ck about Khafi. There is no third party between you and Khafi but I have interest elsewhere is the real answer.

“Nobody deserves half of a human being.”

Gedoni in response kissed Venita on her cheek as he hugged her tight.

He, however, reiterated that there is no third party going to happen between Khafi and him.

”They are so many things I regret, I should have just made friends and maintained my lane.

“Between Khafi and I there is no 3rd party. It is possible to be attracted to you but when I take my cake it does not shake,” he said.

The BBNaija love-birds had on different occasions been caught in the house having sex.

The inseparable pair had been caught on camera having passionate sex under the sheets while other housemates were fast asleep.