Veteran Nigerian actress Kate Henshaw, has taken to social media with reactions to a recent appointment made by the governor of Kano state, Abudullahi Umar Ganduje. The actress posted a photo of a letter headed Kano state government confirming the appointment of one Anwalu Salisu […]

Tonto Dikeh is in a happy mood today as her son, King Andre, turns 4 years old. The actress took to her page to express how much her son means to her. Happy birthday My Little man,Feb 17th the day my life changed for the Best all […] 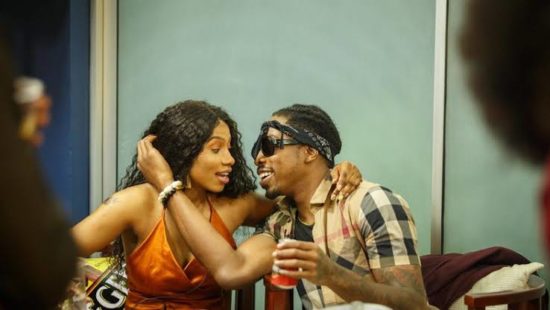 Big Brother Naija, BBNaija housemate Ike is not well satisfied with Tacha’s attitude and she told Tacha about it on Thursday night.

In his conversation with Tacha after wager task, Ike complained to her about Mercy’s attitude saying that he feels Mercy wants him to have a strike and leave the house.

He added that Mercy is ‘Bipolar’ which makes their relationship stressful for him.

“I am tired of seeing the same thing over and over again. I’m tired of being the bigger person in this relationship.

“Mercy wants me to go out of this house, she gives me trouble. Don’t try to finesse me and think you are in control. We are all adults in this house

“I don’t know how to be in a relationship and she’s making it very difficult, if it was not in this house what you would see would be a different thing,” he said.

Tacha in response told Ike to be calm, adding that it is harder to be in a relationship in the BBNaija house than outside.

The post BBNaija: Ike laments to Tacha about his relationship with Mercy appeared first on .