A video circulating online captures media personality, Toke Makinwa making comments about her ex-husband, Maje Ayida. In the video, the media personality was sitting on an armchair, having a conversation with her family when she suddenly mentioned his name and said their relationship should have […]

Tene John, a Nigerian Institute of Journalism (NIJ) lecturer has been sacked by the institution's management for sexually assaulting one of his students Ms Anjola Ogunyemi. The student disclosed that she was sexually assaulted while alone with Mr Tene in his office. Ogunyemi said the randy lecturer […] 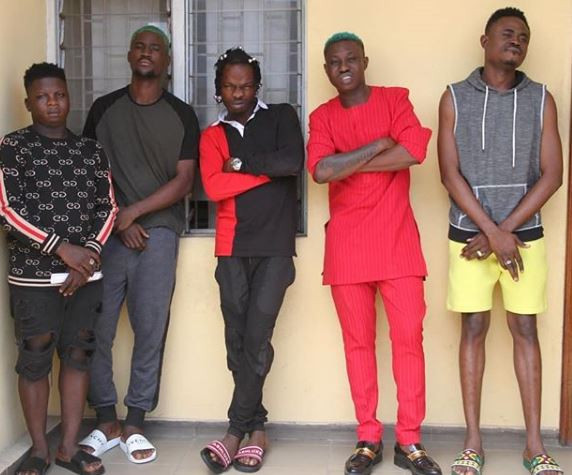 Nigerian filmmaker, lawyer and entertainment consultant, Ayo Shonaiya has reacted to the ongoing Yahoo Yahoo saga which has already landed two rappers, Naira Marley and Zlatan in EFCC's net in connection with an alleged case of internet fraud and money laundering.  According to Shonaiya, 'when I saw the picture posted today by EFCC about the “arrest” of Naira Marley, Zlatan Ibile and other persons, I had mixed emotions. On one hand, I liked it because this is “that picture”. Just like world famous celebrities who have at some point in their lives (often during their youth) run afoul of the Law, and their mugshots become famous, even to the point of people printing it on T-shirts'.  See the rest of his post below…. Lil’ Wayne, James Brown, Snoop Dogg, Jay-Z, Frank Sinatra, the Kray Twins, Hugh Grant, and of course notorious drug lord & the ultimate baddest outlaw, Pablo Escobar! Remember Pablo Escobar used drug money to “help” the Colombian economy? And loads of Colombians prayed for him. You know in the Nigerian music industry we have Bad, Baddo, Baddest, & Young Pablo. I myself even appeared in a short film recently called “Narcos Lagos”!It’s all creativity and Art. Believe it or not, they have just made Naira Marley & Zlatan future legends!!! And I promise you I love all these guys. The ones that know me personally know this. Bad ass creative minds!  But, on the other hand, the infamous mugshots of the other “legends” were for what I call “personal” crimes. Even though every crime is bad, they were not crimes that labelled their countrymen & women with a negative identity, & also didn’t adversely affect the reputations of millions of their fellow citizens (maybe Colombia with the drugs, but you get my point).The crime in question in the EFCC pic is FRAUD! Let’s stop saying “Yahoo Yahoo” because it has obviously become cool to a lot of youths now. We desperately need to re-strategise the war against crime in our country, from the “top” to the bottom. So, while the other mugshots are for personal crimes that only themselves got punished for, our own future legends pic is about glamourising a crime that 180 MILLION Nigerians pay for everyday, in all ramifications & all over the world, as we are ALL seen as fraudsters and thieves.This is the painful difference between the other infamous pictures & our own. And this is why, on the real, I am also sad about this picture. Ayo Shonaiya – The Documentary on Afrobeats is loading…The post Believe it or not, EFCC just made Naira Marley andZlatan future legends – Ayo Shonaiya appeared first on Linda Ikeji Blog.