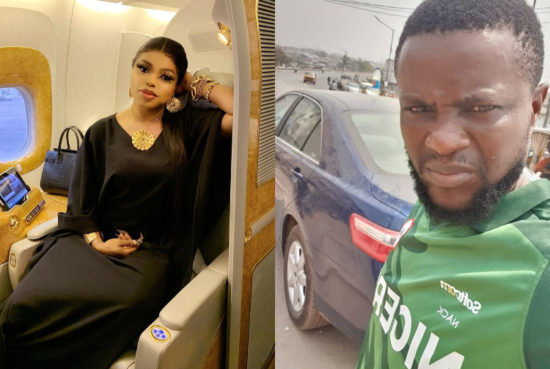 Bobrisky has taken to his social media page to raise make a scam alert after his driver allegedly absconded with his Mercedes Benz car and over N500k in cash.

He disclosed this on Tuesday along with other allegations of how the driver had always stolen from him before and he chose to overlook.

Dis dude was my former driver…. He has stolen from me severally but he always beg and I do let it slide. At some point I sent him away just to avoid stress for myself. Last months he called me to beg again that he want to come back and work that he has change. He said his boss sent him away where he was working at d moment and he is so broke that he doesn’t have money to feed. Because my heart is so clean towards human I allow him come back again . Now he has stolen from me again. Dis time is even worst . I gave him my Benz cla 300 to drop at Benz office in IKATE lekki to fix a sound am hearing on d right leg on 9th of February 2020. When he was going I gave him 200,000 to hold Incase there is anything we are changing in d car and d workshop fee since I was traveling. That very day I was traveling I sent 396,000 to his account to replace some stuffs in my house too. Up till now I didn’t see my car, or money. He has been running everywhere. Pls have I done bad helping stupid people like dis? Have reported him to d police thou so he should keep running. All his phones are switch off 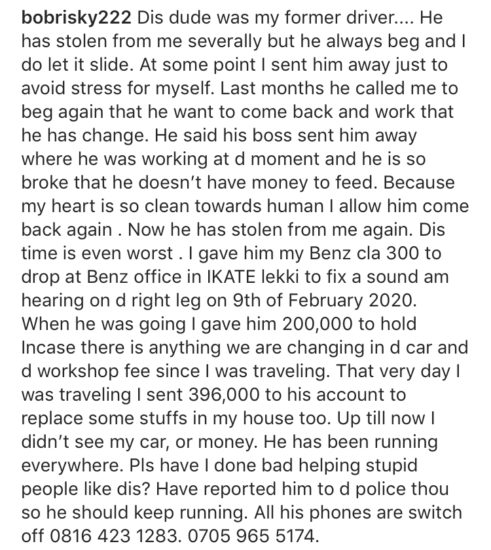 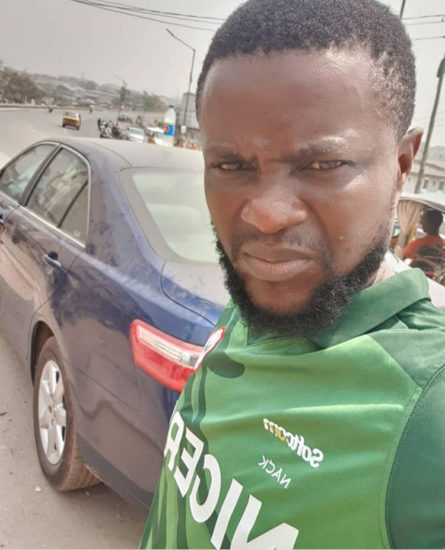 The post Bobrisky’s driver absconds with his Mercedes Benz and over N500k in cash appeared first on .

Adorable photo of Anthony Joshua bonding with his son JJ

Anthony Joshua shared an adorable photo of him spending time with his son Joseph Joshua. In the photo taken in the pool, Anthony tossed his son high in the air. The professional boxer went on to declare his love for his son, writing: "To infinity & beyond." The […]