Governor David Umahi of Ebonyi state has ordered the immediate shut down of all government offices after some members of his cabinet tested positive for the novel Coronavirus. In a statement released by the state Commissioner for Information and State Orientation, Orji Uchenna Orji, the governor ordered the […] 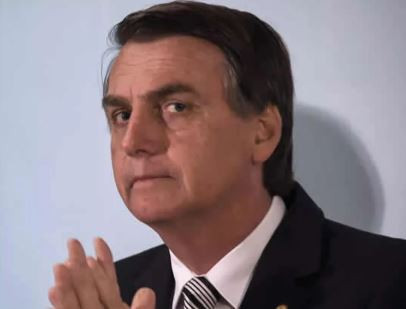 Brazil's President, Jair Bolsonaro underwent surgery on Sunday, September 8th to repair an abdominal hernia, making it his fourth operation since being stabbed in the stomach a year ago at a campaign rally.   The operation at Sao Paulo's Vila Nova Star hospital lasted more than five hours, the medical center reported in a statement signed by his surgeon, Antonio Luiz Macedo.   "The procedure was a success," Macedo's statement said, adding that the president was recovering and in stable condition. He said a significant part of Bolsonaro's intestine had to be removed after it had become strongly attached to the abdominal wall. Doctors used a mesh implant to strengthen muscle tissue, Macedo added.   President Bolsonaro is expected to spend five days in hospital and should be able to travel by plane after a week, Macedo said. Vice President Hamilton Mourao temporarily assumed the powers of the presidency on Sunday and will remain in office at least until Thursday, a presidential spokesman said.   Bolsonaro was stabbed on September 6, 2018 at a campaign rally in the state of Minas Gerais by a 41-year-old man, who was found to be delusional and psychologically unfit for trial. The assailant, Adelio Bispo de Oliveira, is being held in the psychiatric unit of a maximum security prison.The post Brazilian president, Jair Bolsonaro undergoes successful hernia surgery appeared first on Linda Ikeji Blog.