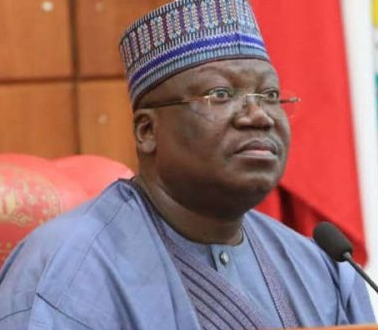 The 2020 Appropriation Bill submitted to the National Assembly last week by President Buhari has scaled second reading on the floor of the Senate. The upper chamber has subsequently adjourned plenary till 29th November 2019, to enable Ministries, Departments and Agencies (MDAs) of government defend their respective budget proposals before the Committees of the Senate. In his concluding remark during the last day of debate on the 2020 budget estimates, the Senate President, Ahmad Lawan, identified revenue generation as a major challenge of the budget. According to him, the successful implementation of the budget may be difficult to realise until proactive measures are taken to address the situation.He said: “We are seriously challenged in the area of generating revenues, and it appears that until something drastic is done, this shortage of revenue will continue to militate against the implementation of the budget.“We have to continuously engage the revenue-generating agencies and schedule quarterly evaluation to be handled by our relevant committee, particularly the Senate Committee on Finance. We need to look at how we can enhance the capital allocation. The shortage of funds will militate against that.“We have a serious challenge when only thirty per cent is devoted to the capital budget, but that is an improvement from what we inherited from 2014 when the allocation was fifteen per cent. But that is not to say we cannot do better.On recurrent expenditure, he said “We have so many agencies of government, over six hundred of them and we have to pay. “Probably, we need to look at how we can streamline the agencies; that is not to say that we will lay off workers, but we must establish the functionality and usefulness of these agencies. We also need to look at the direction of Public-Private Partnership, especially in the laying of physical infrastructure. We can concession our roads, instead of taking money from China. Lawan, while advocating for a knowledge-based economy, appealed to the Federal Government to create an environment that would create jobs for the youths.The post #Budget2020 scales through second reading a the senate appeared first on Linda Ikeji Blog.