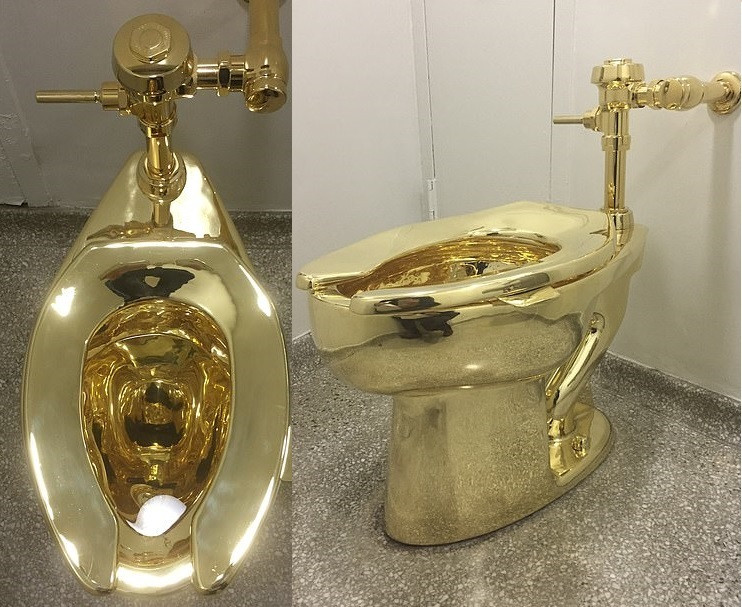 Burglars have stolen a solid 18-carat gold toilet, worth £5 million from Blenheim Palace in Woodstock, Oxfordshire, England The operation took place in the early hours of Saturday, September 14. The toilet titled 'America' which was created in 2016 by Italian artist Maurizio Cattelan only went on display two days ago during an exhibition. 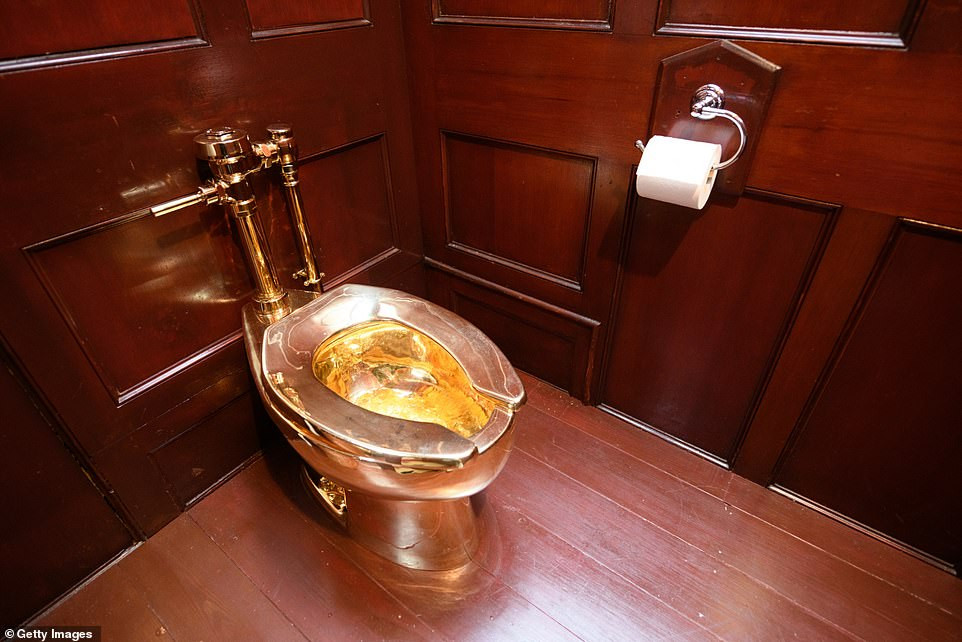 Thames Valley Police have confirmed the toilet was stolen and a 66-year-old man has been arrested in connection with the theft and remains in police custody.   Dominic Hare, chief executive officer of Blenheim Palace, told the BBC the toilet is valued at about six million dollars and was a 'very precious piece'. He said the theft of the solid gold toilet 'was a huge shock'. 'Staff were instantly aware of what happened and police arrived very, very quickly indeed,' he added. When asked if the artist had been contacted, he said: 'There were some slightly nervous calls at 6am but we have spoken to the artist and Lord Edward at the art foundation, and many of the trustees, and they have been magnificent in their support.' Mr Hare added: 'We have a sophisticated security set-up here and we have had no loss of this kind in living memory, which probably reflects the quality of that operation. 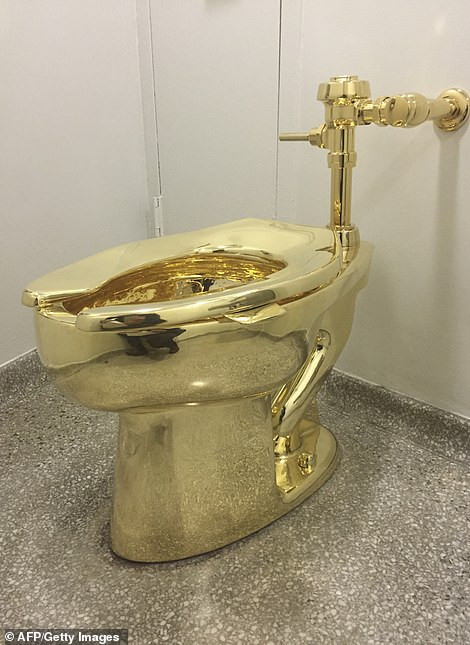 'The events of the last 24 hours mean we may have reason to reconsider some of our systems.'  He was also asked whether a party, which took place at the palace on Friday night, could have created an opportunity for the theft. In response, he said: 'We have been asked not to comment on the investigation. But there was a clear time separation between those things. 'There is always a risk when you display valuable art to the public, but it is worth that risk, even now, it was still worth that risk.' Confirming that the palace would reopen on Sunday following repair works, Mr Hare explained: 'We've now got a huge hole where there was once a golden toilet.' Detective Inspector Jess Milne said: 'The piece of art that has been stolen is a high value toilet made out of gold that was on display at the palace.'  Inspector Richard Nicholls added: 'We are aware they left about 4.50am this morning. CCTV is one of the aspects we are looking on and that will come out in due course.'  When asked if he believed a reception party held on the same night of the exhibition's launch could be connected, Insp Nicholls said: 'I am not aware of the reception party personally, but that would form part of our enquiries in order to ascertain events leading up to the item being stolen.' 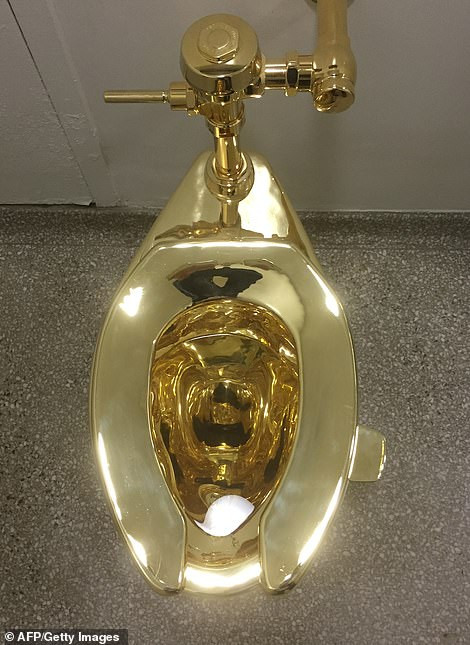 Thames Valley Police also disclosed that the offenders broke into the palace overnight and left the scene at about 4.50am.  Detective Inspector Jess Milne said: 'Due to the toilet being plumbed in to the building, this has caused significant damage and flooding.'  Detective Inspector Milne added: 'We believe a group offenders used at least two vehicles during the offence. 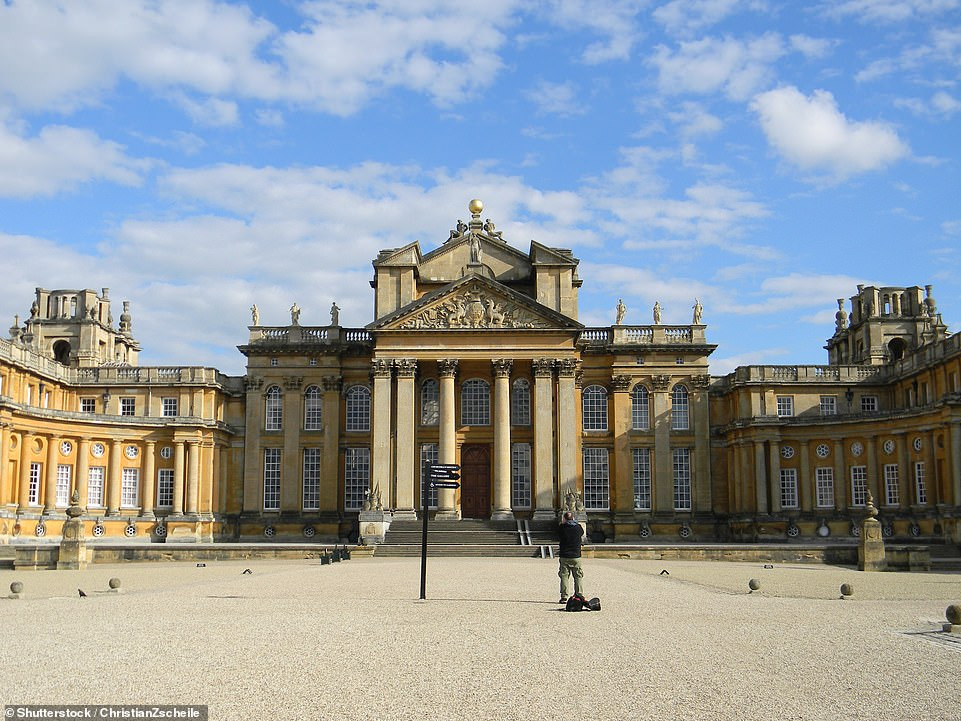 'The artwork has not been recovered at this time but we are conducting a thorough investigation to find it and bring those responsible to justice. She continued: 'Residents will see an increased police presence in the area while officers and staff carry out enquiries.'  'I am appealing to anyone who saw or heard anything suspicious in the area to contact police. 'You can call us on 101, quoting URN 273 (14/9), visit our website or visit a police station.'The post Burglars steal solid gold toilet worth 1milion in a raid on Blenheim Palace (Photos) appeared first on Linda Ikeji Blog.

A 4-month-old child who tested positive for Coronavirus in Kaduna state has been discharged after recovering from the disease.  The baby was one of the 20 COVID-19 cases that was recorded in the state on May 15. Kaduna state Commissioner for Health, Dr Amina Mohammed Baloni made the announcement on […]