Vanessa Bryant sues Helicopter Co. over the demise of her husband and daughter, claims pilot was reckless.

Vanessa Bryant, the wife of late NBA Legend, Kobe Bryant has sued the company that owned the doomed helicopter that killed her husband and daughter alonsgide seven others when it crashed on Sunday Jan. 26th. Bryant, 41, and his 13-year-old daughter Gigi were on their […]

Cristiano Ronaldo soaks in the bathtub with all his kids (photo)

Back in 2018, NASA’s “InSight” lander touched down on the surface of Mars, with the goal of examining the Red Planet’s interior. InSight has been in operation for around three months, and it’s already turned up some interesting results. According to reports, InSight has detected […] 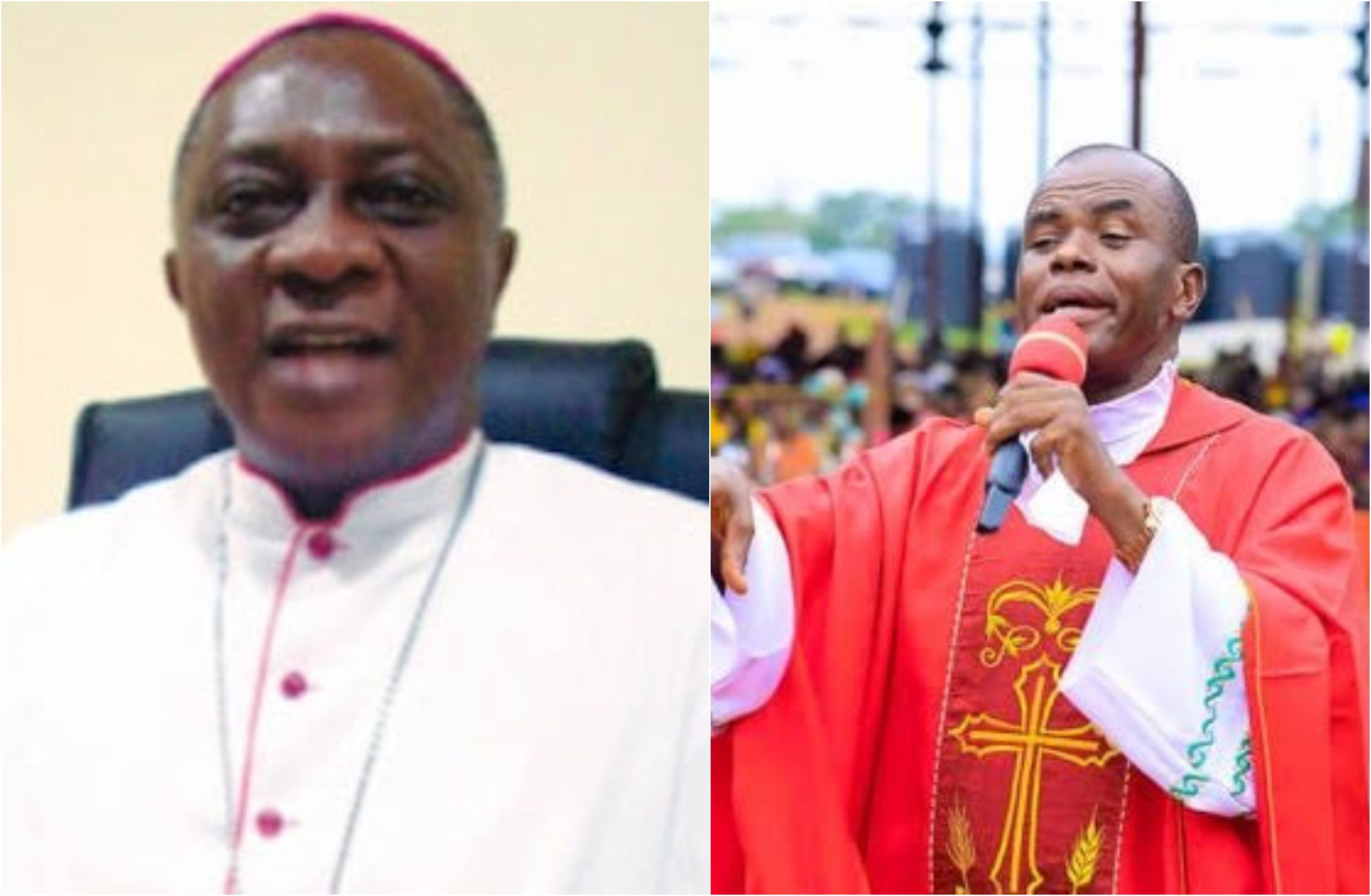 Adewale Martins, the Catholic Archbishop of Lagos has revealed that Rev. Fr. Ejike Mbaka, might be banned from preaching over continous violation of the doctrines of the Catholic Church. The Catholic Archbishop said this while reacting to the prophecy of the Spiritual Director of Enugu-based Adoration Ministry about Hope Uzodinma becoming the Governor of Imo State, days before the Supreme Court declared him winner of the 2019 governorship election.  Martins who stated that he can only imagine the headache Father Mbaka might be giving the Bishop of Enugu Diocese in the interview with BBC Igbo, added that he hopes he finds a way of dealing with the matter that has been recurring.  He said;   “Fr. Mbaka falls under the authority of the Bishop of Enugu Diocese and therefore he has the responsibility of cautioning him. I can imagine that this must be giving the bishop some challenges.“It must be giving him a bit of a headache and I feel sorry for him and I hope he will find some way of dealing with this matter that has been recurring. Of course, what could be done in the end is either to say, ok you receive the sanction of being stopped from public ministry. That is a possibility. If it is not done, there must be a reason.“It is utterly surprising that Fr Mbaka would go as far as naming one person as governor against another. It is embarrassing when you hear of priests or people in position of authority making statements that are clearly partisan.“The position of the Catholic Church on matters that have to do with politics is not to be partisan. Of course, we as a church cannot be oblivious to political events and happenings in the country or the world at large and therefore we must speak from the point of view of principles.“The priest who believes he has a gift of prophecy has to test whatever has been told to him in the light of the scriptures, in the light of the teachings of the church and in terms of the authority that has been given to leaders in the church.”The post Catholic church may bar Father Mbaka from preaching Archbishop Adewale Martins appeared first on Linda Ikeji Blog.

Planet Computers is changing the typical paradigm of a closed mobile-OS ecosystem. On Monday, it released a firmware update to its £665.83 ($860) Cosmo Communicator that allows users to install regular or rooted Debian Linux side-by-side with Android. The company had promised this feature was […]

Vanessa Bryant has paid an emotional tribute to her late husband Kobe and daughter Gianna at their memorial service.  Speaking on Monday at the Staples Center in Los Angeles, Vanessa who fought back tears started by thanking the crowd before mourning the loss of her daughter.  "Thank […]

Vanessa Bryant sues Helicopter Co. over the demise of her husband and daughter, claims pilot was reckless.

Vanessa Bryant, the wife of late NBA Legend, Kobe Bryant has sued the company that owned the doomed helicopter that killed her husband and daughter alonsgide seven others when it crashed on Sunday Jan. 26th. Bryant, 41, and his 13-year-old daughter Gigi were on their […]