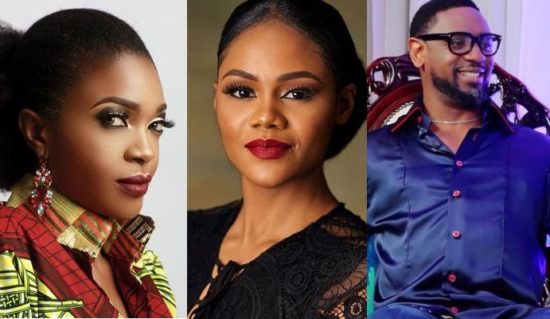 Nollywood actress Omoni Oboli clears the air on her post about the rape allegations by Busola Dakolo.

Omoni Oboli said she was on Busola Dakolo side but people don’t read to understand.

“People don’t read that’s what it is and some people don’t read to understand. They read from your opinion to buttress their point. I was totally on Busola side. I was just saying that guys, it doesn’t matter that she didn’t talk about it 20 years ago. People have different ways to deal with stuff like that, maybe it’s just today that she woke up and she said “you know what I really want to hear from this thing”

We could recall, Omoni said she stands with Busola but that there were some inconsistencies in her claims, which she believed, was born out of ”truthfulness”.

The post COZA Rape: Omoni Oboli says she is on Busola Dakolo’s side appeared first on .

Hollywood power couple Kanye West and Kim Kardashian West have reportedly threatenedtheir former bodyguard Steve Stanulis with a 'cease and desist' letter, saying they will sue him if he continues making statements about the couple in the media.The West's 'cease and desist letter' as reported by […]

Nigeria’s leading Laundry care Manufacturer, Henkel donated cartons of Nittol antibacterial detergent to frontline health care workers in Lagos State as part of its support to Government led-efforts in curbing the spread of the COVID-19 pandemic in the most populous city in Africa. The donation, […]