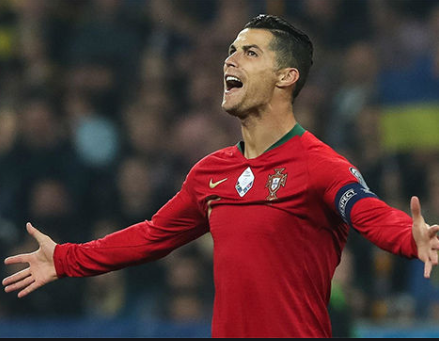 Cristiano Ronaldo scored the 700th goal of his professional career during Portugal's Euro 2020 qualifying loss to Ukraine on Monday, October 14th.  The five-time Ballon d'Or winner brought up his septuple century for club and country when he converted a second-half penalty in Kiev, awarded after Taras Stepanenko handled the ball inside the box. It was his 95th goal for Portugal, with only Iran's Ali Daei (109) ahead of him on the all-time international goals list. Ronaldo is just one of six footballers to have hit the 700 mark, with Josef Bican estimated to be the top goalscorer in history with 805 goals.  Behind him is a pair of former Brazilian stars in Romario and Pele, who finished their illustrious careers with 772 goals and 767 goals, respectively. Ferenc Puskas' 746 career finishes and Gerd Muller's 735 round out the top five.   Ronaldo's long-time rival, Lionel Messi, looks set to join the 700 club imminently, as the Argentine is currently sitting on 699 career finishes. The bulk of Ronaldo's goals came for Real Madrid, 450 over the course of nine seasons at the Santiago Bernabeu between 2009 and 2018.The post Cristiano Ronaldo hits new milestone after scoring700th career goal appeared first on Linda Ikeji Blog.