President Muhammadu Buhari on Friday May 22, signed an executive order implementing financial autonomy for state legislature and judiciary into law.  The Nigerian leader made the announcement in series of tweets shared on Friday. It read;  "Based on the power vested in me under Section 5 of the 1999 […]

Coro Energy has received all necessary regulatory approvals for the transfer of a 15 per cent interest in the Duyung PSC, located offshore Indonesia, and has completed the acquisition of the interest. Coro Energy entered into an agreement to buy a 15 per cent share […]

Pakistani supermodel Zara Abid was on board the ill-fated Pakistan International Airlines (PIA) aircraft that crashed into a residential neighbourhood while on approach to the airport in the southern Pakistani city of Karachi. The passengers’ list of the flight issued to the media, shows Zara Abid […] 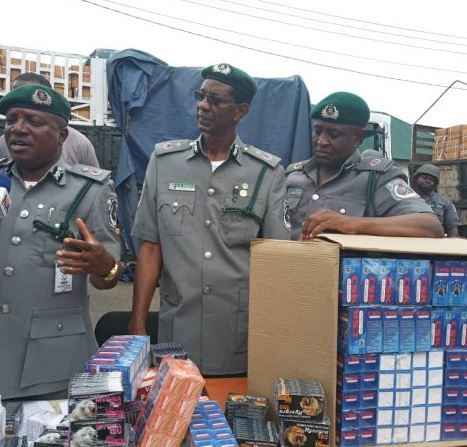 The Nigerian Customs Service has intercepted truck-loads of banned drugs including tramadol and other illicit drugs worth N5 billion in Lagos. Joseph Attah, the spokesman for the service conducted newsmen round a warehouse where the trucks of the intercepted items were parked at the Ikeja Training College of the service. Attah said the Comptroller-General of Customs Strike Force in Zone ‘A’ stumbled on the contraband. 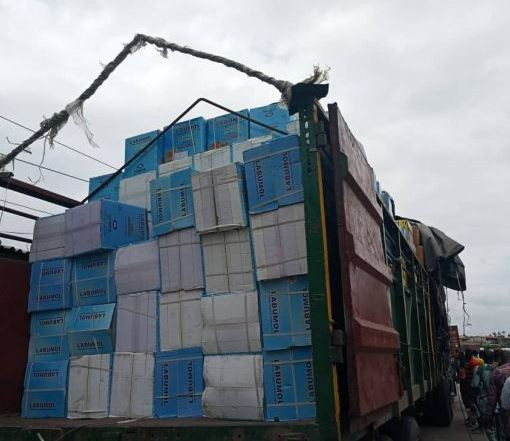 According to him, the smugglers believe that festive period is a time of merriment and less vigilance, “but our officers intercepted the illicit drugs as the smugglers attempted to move it from Lagos to other parts of the country’’.“On Aug. 13, at about 2 a.m, operatives of the Headquarters Strike Force Zone A intercepted a truck laden with dreaded codeine, tramadol and other controlled pain killers along Maryland, Ikeja road.  “The intercepted trailer contains illicit drugs and was immediately brought to the attention of the team leader of the force, Assist. Comptroller of Customs Usman Yahya, who deepened preliminary investigation that led to the discovery of a warehouse along Oshodi-Mile 2 road. 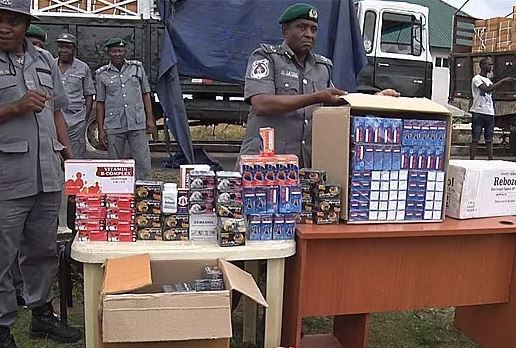 “The warehouse was stocked with tramadol, codeine and other unregistered pharmaceutical products without the National Agency for Foods Drugs Administration and Control (NAFDAC) number,” Attah said.He said the warehouse was immediately sealed with a detachment of well armed officers to guard the place. Attah said the Comptroller-General of Customs (CGC), Col. Hameed Ali (rtd), had already directed a thorough investigation with a view to bringing all those connected to the drugs to justice.  He said that evaluation of those intercepted drugs had commenced, adding that a suspect who happened to be the truck driver was apprehended and in custody for judicial process.The post Customs seize N5b worth of banned tramadol in Lagos (Photos) appeared first on Linda Ikeji Blog.

See a StarCraft Pro play the game with a monstrous keyboard

As reported by PC Gamer, the comically large mechanical keyboard was shown off by Starcraft Pro Lim “Larva” Hong Gyu during one of his streams. Source link No related posts.

“If your father was rich, pride wont let you do music”- Chiefpriest carpets Burna boy for shading Davido ?

Celebrity BarMan, Cubana Chief-Priest has seemingly lambasted self-proclaimed African Giant, Burna Boy over his perceived jealousy of criticism of Davido’s success. Yesterday, YBL reported that there were were subtle shades between Burna Boy and Davido — a situation that has both singers trending on Twitter […]

President Muhammadu Buhari on Friday May 22, signed an executive order implementing financial autonomy for state legislature and judiciary into law.  The Nigerian leader made the announcement in series of tweets shared on Friday. It read;  "Based on the power vested in me under Section 5 of the 1999 […]