A Nigerian lawyer has expressed disappointment with a N25k job offer for lawyers with 1-3 years experience.  @chidi_esq who pointed out that lawyers spend 6 years in the University and Nigerian Law School, appealed to his colleagues to make the right decision during the next Nigerian […] 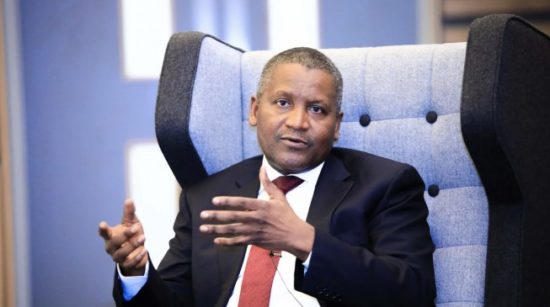 Africa’s richest man, Aliko Dangote speaks on the positive impact that on his life after he came in physical contact with Bill Gates.

Dangote stated that Bill Gates is a wonderful billionaire who turned him into a different person.

He said this on Wednesday as a discussant at the 2019 Goalkeepers’ event hosted by the Bill and Melinda Gates Foundation in New York, US.

“When I started my foundation in 1994, I never realised we had this massive challenge in the health sector,” Dangote said.

“Really, it was mind-boggling when we had this agreement to collaborate with the Bill and Melinda Gates Foundation and that really opened my eyes to realise that there are a lot of challenges in health.

“At that time I didn’t have the opportunity of meeting Bill but meeting Bill changed me into a different person. This is somebody that has nothing to do with us in Africa or Nigeria but he is putting his money and his soul into everything.

“He is very committed to helping humanity and that really surprises me a lot and I realised that he is a simple person and I never knew Bill would be this simple. He is a very soft-spoken guy and kind-hearted.”

The industrialist said he hopes to give out a chunk of his $9.2 billion wealth like Gates sometime in the future.

“It is very difficult to find people like Bill in this world. Bill, we are very grateful and I can assure you that with my association with Bill, my only prayer is that in the next few years, I will try and give my chunk of wealth to charity,” he said.

Gates, however, in response thanked Dangote for linking him with governors in the north.

The American said without Dangote he would not have been able to chat with the likes of Governor Aminu Tambuwal of Sokoto and five other northern governors.

The post Dangote Reveals How Bill Gates Impacted On Him Positively appeared first on .