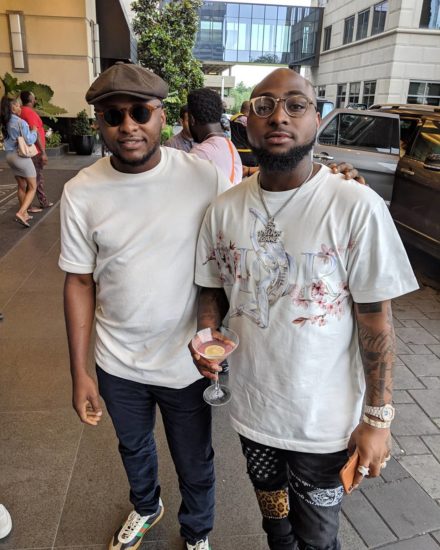 Davido has reacted after Ubi Franklin who had his 3rd child last month is reported to be expecting a fourth child, this month from a different woman entirely.

To many audience of the Nigerian entertainment, Ubi Franklin is competing with Father Abraham, but to DMW singer, Davido, Ubi is a “Legend”.

The new lady claiming to be pregnant with Ubi’s fourth child is a businesswoman identified as Sandra Iheuwa. She claimed 33-year-old, Ubi has been in a secret relationship with her, a single mum of two for a while.

Sandra claimed she was actually expecting a set of twins for him but she lost one of them in early March. She also claimed she had been living in Ubi’s house and will be jetting out of the country anytime from now to the US where she is expected to welcome their child. 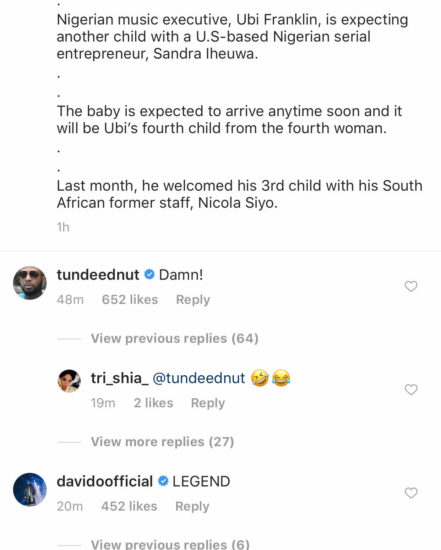 A man was caught red-handed shoplifting in a boutique in Gwarimpa area of Abuja. The man was caught via CCTV hiding some clothes in his underwear after a salesgirl at the boutique went to notify her boss of the price they bargained for an outfit […]

McDermott files for Chapter 11 bankruptcy to eliminate $4.6 billion of debt

McDermott’s restructuring transaction will be implemented through a prepackaged Chapter 11 process that will be financed by a debtor-in-possession financing facility of $2.81 billion. Source link Related posts: Tower Resources sets Cameroon well spud date as it works to secure funding Eni to become operator […]