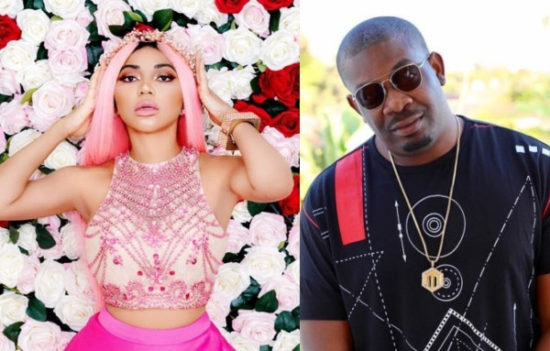 Mercy won the Big Brother  Naija season 4 reality show and Donjazzy reacted saying she won the show because of her big backside. According to Donjazzy, “there’s nothing a big backside cannot do”.

The comment from Donjazzy didnt go down well with Dencia who took a dig at Don Jazzy for the statement prior to the announcement of Mercy as the winner of the 2019 edition of the Big Brother Naija Reality Show.

Don Jazzy had linked Mercy’s win at the end of the reality show which lasted for 99 days to her a*s, a claim he got knocked on by the US-based Cameroonian singer.

The ace music producer tweeted “I know that Mercy has a dope personality. But if she wins nobody should tell me that yansh does not perform wonders. #bbnaija”

According to Dencia, women are more than body parts and she has not seen anyone attributing the male housemates’ win to their d*ck.

See a screenshot of the exchange below; 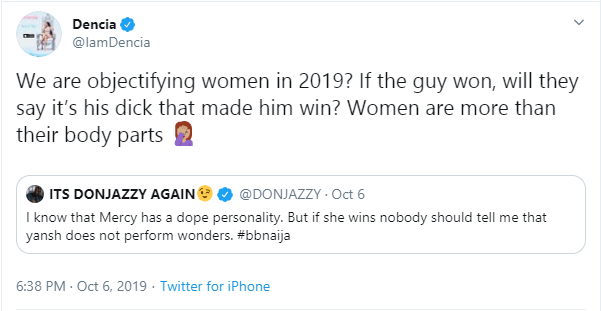 The post Dencia Slams Donjazzy After He Revealed What Made Mercy Win BBNaija appeared first on .