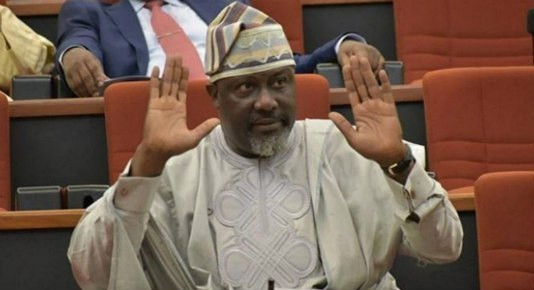 In a tweet posted this afternoon on his timeline, Melaye congratulated Tboss on the birth of her child, adding that he never dated the reality TV star.

“I naturally should ignore lies making the rounds that I’m the father of Tboss’s child. Every child is a blessing from heaven to every new mother and I congratulate TBoss on the new bundle of Joy. As for the father, it’s not me. I never dated TBOSS,” he tweeted

Tboss confirmed the birth of her child on August 26th after months of silence on claims that she was pregnant. She has however remained silent on the identity of her child’s father.

The post Dino Melaye Speaks On TBoss’ Childbirth – Says “I Am Not The Father’s Of Her Baby” appeared first on .