Nse Ikpe-Etim is one of the most successful Nollywood stars in the last decade but she has been on the grind since she was a teenager. She wrote sweet words today to her husband to celebrate their wedding anniversary Just last year, the award-winning actress […]

The Las Vegas event, which was co-hosted by Jessica Chobot and Greg Miller, saw Control and Death Stranding nominated in eight categories. It was Remedy Entertainment’s action-adventure that came out on top, winning four awards, including Action game of the year. Hideo Kojima’s title took […]

Abby Chioma Zeus, the founder of The Boob Movement took to Instagram to showcase another raunchy side of herself in celebration of Valentine's Day. In one of the photos, she posted to her page, the South African based-Nigerian model was pictured posing pantless in her kitchen while […] 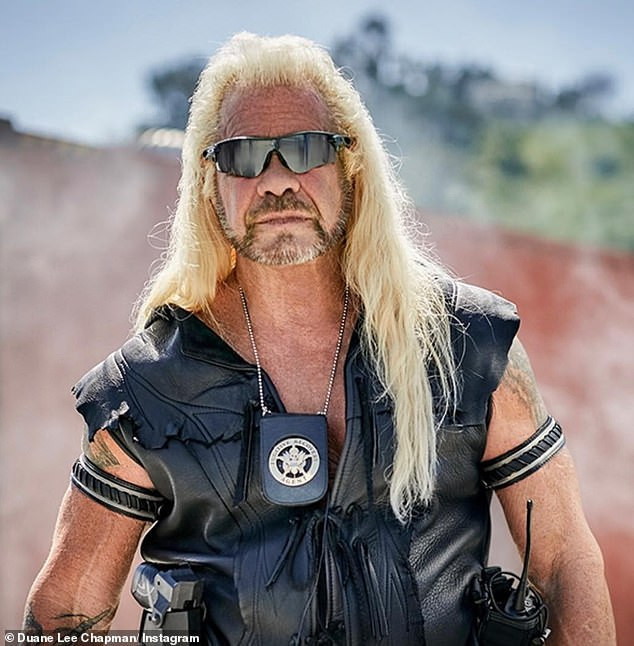 DOG The Bounty Hunter has been diagnosed with Life-Threatening Heart Condition three months after his wife Beth died following a battle with cancer.  In an exclusive clip of the latest episode of The Dr. Oz Show, it revealed that the American bounty hunter and a former bail bondsman, 66, was suffering from a pulmonary embolism in the heart, a “life-threatening” condition in which one or more arteries has been blocked by blood.  This comes two weeks after being hospitalized for chest pains. “You’re a ticking time bomb,” Dr. Oz, who went to visit Dog at his Denver home, tells the TV star in the clip. “You’re not going to be here with the heart the way it is right now. Fear of death is normal. I’m surprised you don’t fear death when you’re chasing after convicts. But when you run away from doctor, that means you have to do your own doctoring.” Speaking to PEOPLE after the diagnosis, Dr. Oz says Dog was “denying care that he knew would be life-saving.” “[Duane] was fearful,” he reveals. “Beth had been his north star. She was the one that would go with him and keep him balanced so he could deal with these things. Losing her took away his biggest support.” “I said, ‘What would Beth do,’ ” he adds. ” ‘What would she say to you? I don’t think she’d be happy with what you’re doing. You’re throwing away your life, you’re throwing away your ability to parent your kids. You have to man up.’ That’s what she would say.” Also speaking on the situation, Dog said: “I hesitated for a minute thinking, I don’t want to have to go through this again,” Dog tells PEOPLE. “I don’t want to die right now. I’m not afraid to die anymore, but I really didn’t care for awhile if something would happen. I do care now. “Once this goes away, I am 100 percent. I’ve had fears. The blood clot is not a normal thing but it happens a lot, but I’m going to be 100 percent. I’m encouraged by it,” he says. Watch the video below. The post Dog The Bounty Hunter diagnosed with Life-Threatening Heart Condition (Video) appeared first on Linda Ikeji Blog.

Nse Ikpe-Etim is one of the most successful Nollywood stars in the last decade but she has been on the grind since she was a teenager. She wrote sweet words today to her husband to celebrate their wedding anniversary Just last year, the award-winning actress […]