McAfee researchers Steve Povolny and Shivangee Trivedi fooled the system by placing a slither of black tape over part of a 35mph sign to extend the middle line of the ‘3.’ It meant the cameras in Tesla’s 2016 Model S and Model X cars read […]

Noble Corporation has managed to keep its net loss flat in the last quarter of 2019 while its revenues increased during the period. Source link Related posts: Anadarko dishes out contract awards for Mozambique LNG development OKEA needs to improve plans for first NCS drilling […] 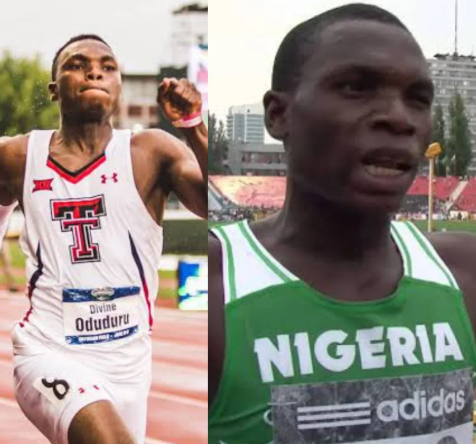 Top Nigerian sprinter Divine Oduduru has been disqualified from taking part in the ongoing World Athletics Championships in Doha, after pulling out of Friday’s 100m event. Oduduru ran foul of one of the competition rules which resulted in a stiff punishment from the world athletics body, IAAF. Oduduru had pulled out of the 100m event on Friday to focus on the 200m but the decision has ruled him out of the event and he will not also be part of the team’s relays, according to the IAAF rule. Oduduru was initially entered for three events in the Men 100m, 200m and 4x100m relays. However, on the eve of his participation, the Athletics Federation of Nigeria, AFN tweeted that he had opted to ‘concentrate’ on the 200m and pulled out of the 100m which he had been registered for.  Allowing him to have his way was a gaffe on the part of the AFN as the competition rules does not allow such last-minute withdrawals. Consequently, on event day Oduduru was not listed in the Men’s 200m heat, because of the violation in the regulations. With Oduduru technically knocked off, only Emmanuel Arowolo will represent Nigeria in the event which is starting on Sunday. An excerpt of the competition rules states:At all competitions under Rules 1.1(a), (b), (c) and (f), an athlete shall be excluded from participation in all further events (including other events in which he is simultaneously participating) in the competition, including relays, in cases where:  (a) a final confirmation was given that the athlete would start in an event but then failed to participate;Note: A fixed time for the final confirmation of participation shall be published in advance.  At the African Games, Oduduru also opted out of the 100m and only competed in the 200m and 4x100m races where he won silver medals. The AFN is yet to issue any official statement on the obvious technical gaffe that has further trimmed Nigeria’s slim chances of winning any medal in Doha.  Meanwhile, the duo of Raymond Ekevwo and Rilwanu Alowonle who competed in the semifinal of the 100m and 400m Hurdles events on Saturday both failed to make it to the finals having finished 5th and 8th respectively.The post #DOHA2019:Nigerian athlete, Divine Oduduru disqualified from IAAF World Championships appeared first on Linda Ikeji Blog.

Africa is free of coronavirus as the first suspected case in Egypt has tested negative for the deadly virus.  The announcement was made by the Egyptian Health Ministry and the World Health Organization (WHO) on Wednesday February 19, barely  48 hours after the foreigner was admitted to a specially […]

Nigerian award-winning singer, Burna Boy, has revealed the receipts of his last conversation with American rapper, Pop Smoke few days ago before he was shot dead yesterday. Pop Smoke whose real name Bashar Jackson, was at a rented home in Hollywood, Los Angeles, when two […]

McAfee researchers Steve Povolny and Shivangee Trivedi fooled the system by placing a slither of black tape over part of a 35mph sign to extend the middle line of the ‘3.’ It meant the cameras in Tesla’s 2016 Model S and Model X cars read […]