Derek Chauvin, the officer involved in the death of George Floyd, has been arrested and charged with 3rd degree murder

Derek Chauvin, the Minneapolis officer who knelt on George Floyd's neck till he died, has been arrested and charged with 3rd degree murder.  The other 3 officers who stood by and watched are still under investigation, but no charges have yet been filed. Derek Chauvin, who […] 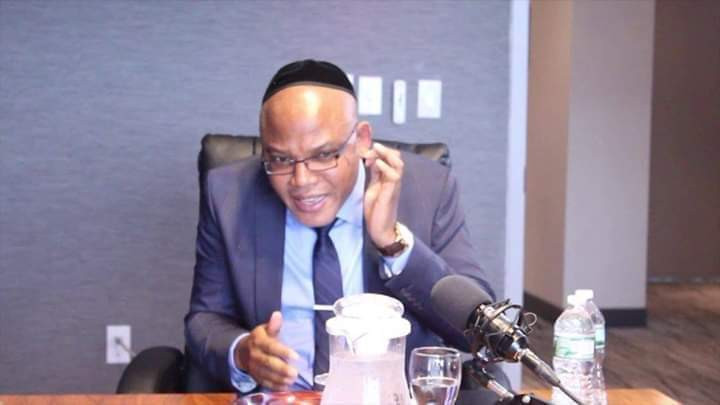 Nnamdi Kanu who is the leader of the proscribed Indigenous People of Biafra (IPOB), has warned South East governors who owe workers in their states to forget about traveling out of the country or else they would be disgraced by members of his secessionist group just as they disgraced former Deputy Senate President, Ike Ekweremadu. Kanu said this in a recent interview on Ben TV, United Kingdom. According to him, the governors  who have refused to pay their workers’ salaries, but travelling aimlessly across the world would be stopped from doing so. “Very soon, any governor who has not paid salaries will not come abroad anymore. If you owe salaries you’re not allowed to go abroad anymore. You bank teachers’ salaries, you bank the salaries of pensioners, you cannot come abroad anymore.So this is just the beginning. “We’ll not attack them. We’ll just ask them questions. It is called picketing. It’s allowed within the ambit of democratic rules. So, if we see you, we’ll ask you what you’ve been doing with teachers’ salaries, nurses’ salaries and why you’ve not been paying people and what are you doing here? Any governor owing workers once we catch you abroad you’ll tell us what you’ve been doing with the salaries you’re supposed to pay.“There’s no time on this earth that any process of agitation will be palatable for everyone or easy for everyone to buy into. When Nnamdi Azikiwe was campaigning for Nigeria to be free from colonial rule, he was sent to prison. Many people felt he was radical and declined to associate themselves with him. But in the end, he succeeded in freeing Nigeria not knowing that we are jumping from the frying pan to fire.“Awolowo was the same thing. He was a firebrand. Many people didn’t like his approach from the beginning, but on reflection and review of what he did and how he managed to accomplish them, people have come to understand that he meant well for his people.“So, now that these things are happening, most people would not appreciate it, but I’m sure that in many years to come, historians will look back to what’s happening today.” he said The post Dont attempt coming abroad if you owe workers Nnamdi Kanu warns South East governors appeared first on Linda Ikeji Blog.