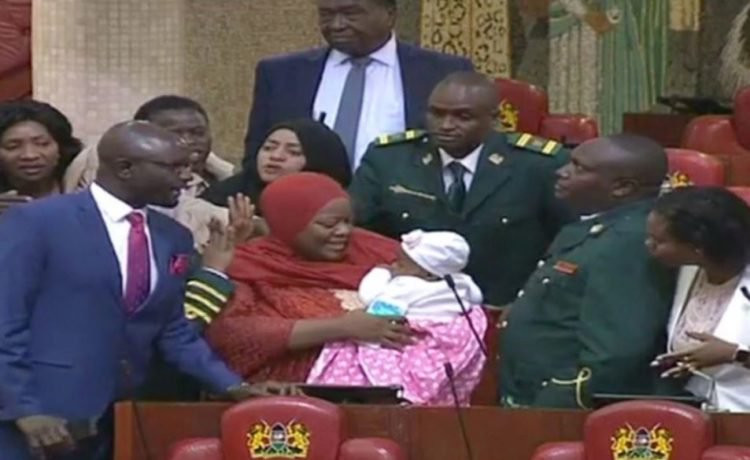 A Kenyan lawmaker was kicked out of the Parliament for binging her baby to the chambers.  Kwale woman Representative, Zulekha Hassan was on Wednesday, August 7, ordered out of the National Assembly for disrupting a parliamentary session.Speaker of the National Assembly Hon. Chris Omulele, MP Luanda described her move as unprecedented, and then ordered her out of the chambers. According to the lawmaker,  she had an emergency that was why she came to parliament with the baby and suggested that a mother’s room be put in place to curb such situations. 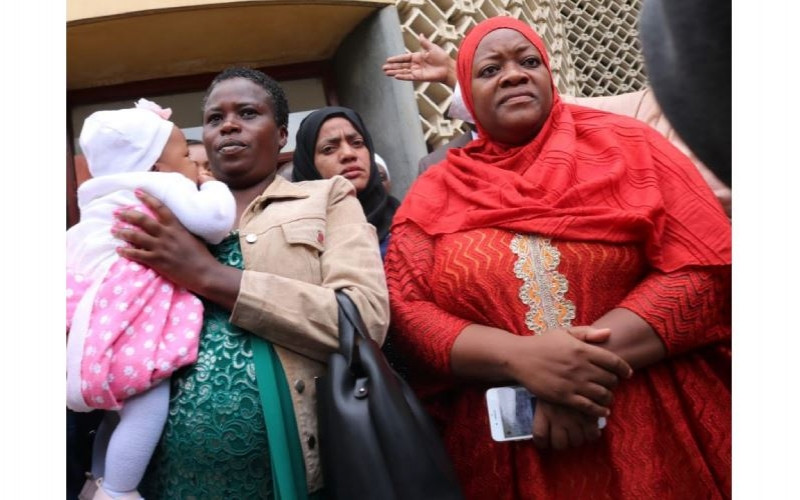 Speaking after she was evicted, Zulekha said: “I have tried really hard not to come with the baby, but today, I had an emergency, what was I supposed to do? Miss parliament? That’s why I just came with her. I knew I would be staying here just for a while and later when my situation is better, I would go. But if there was a room or a creche or nursery, I would then be able to put my baby there.”According to the Standing Orders of the National Assembly, strangers are not allowed into the House, including children. Watch the video below.Kwale Woman Rep Zulekha Hassan kicked out of Parliament after walking into the chamber with a baby, Speaker terms move unprecedented. pic.twitter.com/OPXJt52iZw— Citizen TV Kenya (@citizentvkenya) August 7, 2019The post Drama as lawmaker is kicked out of Parliament for bringing her baby to the chambers (video) appeared first on Linda Ikeji Blog.