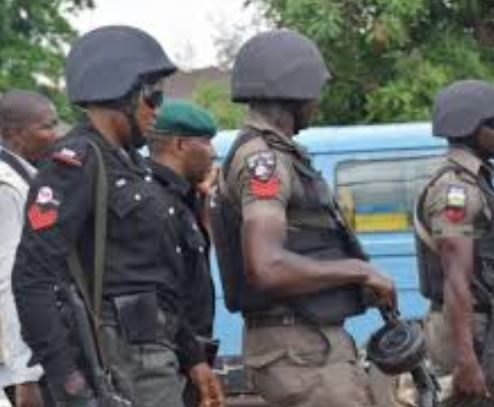 A drunken policeman has allegedly stabbed nine people at a club in Akure, Ondo State.   The victims were said to have sustained various degrees of injuries. The policeman, attached to Area Commander’s office, Akure, allegedly stabbed the victims who were said to be young men at a popular club located at Alagbaka, GRA , Akure, during a brawl that ensued among them.   According to an eyewitnesses, the policeman, who was reportedly drunk, started harassing the victims who had come to relax at the club. Trouble started when the policeman began pestering and harassing one of the victims. According to reports, it was so clear that he (Orisadare) was so drunk and was already becoming something else at the club.“He won’t just listen to those trying to tell him to take things easy. It got to a point that things went awry as he started attacking everyone he could lay his hands on. In total, he stabbed nine people before he could be overpowered,” the source said.Another source said some of the victims of the attack were currently receiving treatment in various hospitals in Akure, while some were in critical condition.  However, there was no loss of life in the incident.   Police Public Relations Officer, Ondo State Police Command, Femi Joseph, confirmed the incident and stated that everyone involved was engaged in a brawl. He also disclosed that the alleged policeman was also injured in the fight and had been taken to the hospital.“There was a fight between the policeman and the boys, but we have started investigation into matter. All those involved in the brawl are already in the hospital receiving treatment. But if at the end of the day we find our man culpable, we will deal with him because we don’t tolerate indiscipline in this Command.”The post Drunk police officerallegedly stabs nine people at a night club inOndo State appeared first on Linda Ikeji Blog.