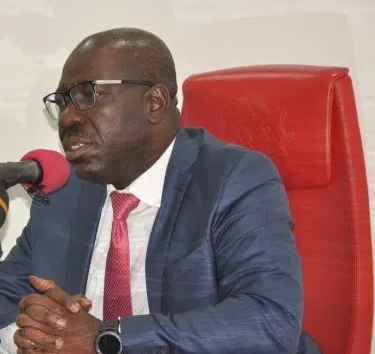 The Edo chapter of the All Progressive Congress (APC) has suspended its Secretary, Lawrence Okah.  Okah’s suspension was contained in a letter signed by Mr Anselm Ojezua, the state Chairman of the party on Friday, October 18th. According to Ojezua, the secretary was suspended, following complaints by members of the party in Oredo Local Government Area where the secretary was a leader. He also explained that the suspension was not a punitive measure, but purely an administrative one to allow investigation to be carried out into the complaints.“He was just suspended to allow the committee set up to look at the complaints against him. We have not expelled him and the suspension is not punitive. It is just a normal administrative procedure,” he said.When contacted, Okah confirmed the suspension, but said that the state chairman, going by the party’s constitution, had no power to suspend him. Leaders and members of the APC in Ward 7 Oredo have been locked in fierce supremacy battle over the control of the party structure. The state Governor, Godwin Obaseki, belongs to the ward.The post Edo State APC suspends its secretary,Lawrence Okah appeared first on Linda Ikeji Blog.