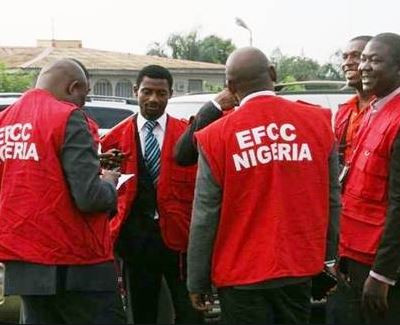 The General Manager, Kwara State Television Authority, Abdulfatai Adebowale has been arrested by the Ilorin Zonal Office of the Economic and Financial Crimes Commission, EFCC, over allegations of Land fraud. Adebowale was arrested alongside two personnel of the state television authority, located on Apata Yakuba Area of Ilorin, the Kwara State Capital and a senior official of the Kwara State Bureau of Land. It will be recalled that the immediate past governor of Kwara State, Abdulfatai Ahmed had sometime in 2014 allocated 10 plots of land at the premises of the state's television outfit to some of its personnel.In a twist, however, 13 employees of the television station in a petition, dated May 8, 2019, alleged that its General Manager sold the 10 plots of land given to them by Ahmed's government and converted the proceeds to his personal use.According to them, "Since 2014 to date, the said plots of land were hijacked by the General Manager, Alhaji Abdulfatai Adewale Adebowale against the purpose intended by the state government."In 2017, the in-house Union of the Corporation Radio, Television, Theatre and Art Workers (RATTAWU) started agitation for the recovery of the land from the General Manager, which led to plethora of correspondences between the Union and the Office of the Kwara State Head of Service."The union wrote the Kwara State Bureau of Land, requesting for the allocation papers in a quest to recover the said land, converted by the General Manager as his personal property, but all to no avail."In the course of investigating the petition, operatives of the EFCC discovered that Adebowale and his son benefited from the plots of land, while the remaining parts of the land were sold to outsiders without the knowledge of the station’s personnel to whom they were allocated to. It was also discovered that Adebowale received the allocation papers from the Kwara State Bureau of Land in the names of the station's employees, but did not deliver them to the rightful owners. All the suspects are currently in detention and will soon be arraigned in court.The post EFCC arrests Kwara State TV GM, three others over land fraud appeared first on Linda Ikeji Blog.