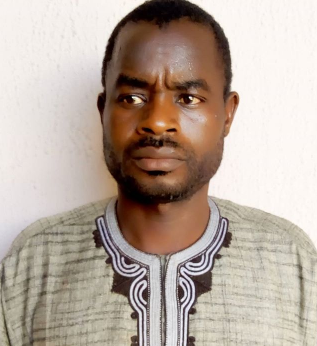 The Economic and Financial Crimes Commission, EFCC, Sokoto Zonal Office, today April 23rd, April 23, 2019 arraigned one Umaru Isma’ila before Justice Bello Duwale of the Sokoto State High court, sitting in Sokoto, on a two-count charge, bordering on obtaining money by false pretence to the tune of N668, 000 (Six Hundred and Sixty Eight Thousand Naira).A statement from the agency says the complainant, Sani Musa alleged that sometime in 2017, he met the defendant through his friend, Mujitafa, who invited him to Sokoto to meet the defendant, whom he claimed could produce money through voodoo.Musa disclosed that he travelled to meet Isma’ila, who told him that he will pray for him to be rich but that he had to buy some perfumes for the prayers. For that, the defendant collected several amounts of money from him on different dates.The complainant disclosed that he later found out that the whole thing was a fraud and that all efforts for him to recover his money proved abortive.Count one reads: "That you Umaru Ismaila sometime between the months of March, 2017, June and July, 2018 at Sokoto within the jurisdiction of this honourable court, with intent to defraud, did obtain the total sum N668,000.00 (Six Hundred and Sixty Eight Thousand Naira) from one Sani Musa, when you falsely represented yourself to him as capable of making him become rich (wealthy) by praying for him, a pretence you knew to be false and thereby committed an offence contrary to section 1 (1) (a) of the Advance Fee Fraud and Other Fraud Related Offences Act of 2006 and punishable under Section 1 (3) of the same Act”.The defendant pleaded not guilty to the charges.Following his plea, the prosecution counsel, Habila Jonathan, asked the court for a date for the commencement of trial and prayed the court to remand the defendant in prison custody.However, the defense counsel, A. Anas prayed the court to grant the defendant bail, arguing that his offences were bailable.The post EFCC docks Fraudulent Spiritualist (photo) appeared first on Linda Ikeji Blog.