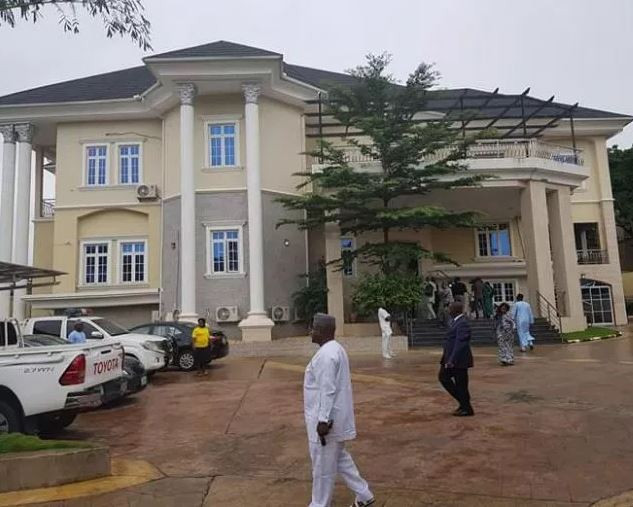 The Economic and Financial Crimes Commission has handed over a 13-bedroom, one-storey building and a basement, forfeited by the late Chief of Defence Staff, (CDS) Air Chief Marshal Alex Badeh, to the management of North East Development Commission (NEDC). The anti graft agency announced this Thursday, August 8th, saying the property was forfeited on the order of the court, following diligent prosecution of the late Badeh for money laundering and corruption by the EFCC. Located at No 6, Ogun River Street, Maitama, Abuja, the property was handed over to NEDC management by the EFCC Director of Operations, Muhammed Abbah Umar, who represented the Acting Chairman of the Commission, Ibrahim Magu.   Magu, in his remarks, congratulated NEDC’s staff and management on taking over the “beautiful structure” and urged them to maximize the usage for the benefit of the NEDC’s management and the country.“I wish to congratulate the management and staff of the NEDC on taking the ownership of this beautiful edifice. I equally want to implore the Commission to put the property into maximum use for the benefit of the staff of the Commission and the country at large,” Magu stated.    Responding to the gesture, the Chairman of the Commission, Major-Gen. Paul Tarfa, (Retd), appreciated the EFCC and promised to cooperate with their officials and the federal government in the fight against corruption.He expressed gratitude to President Buhari’s administration for considering NEDC the most appropriate agency of government to be allocated the edifice.The post EFCC hands over late Alex Badehs forfeited property to NEDC appeared first on Linda Ikeji Blog.