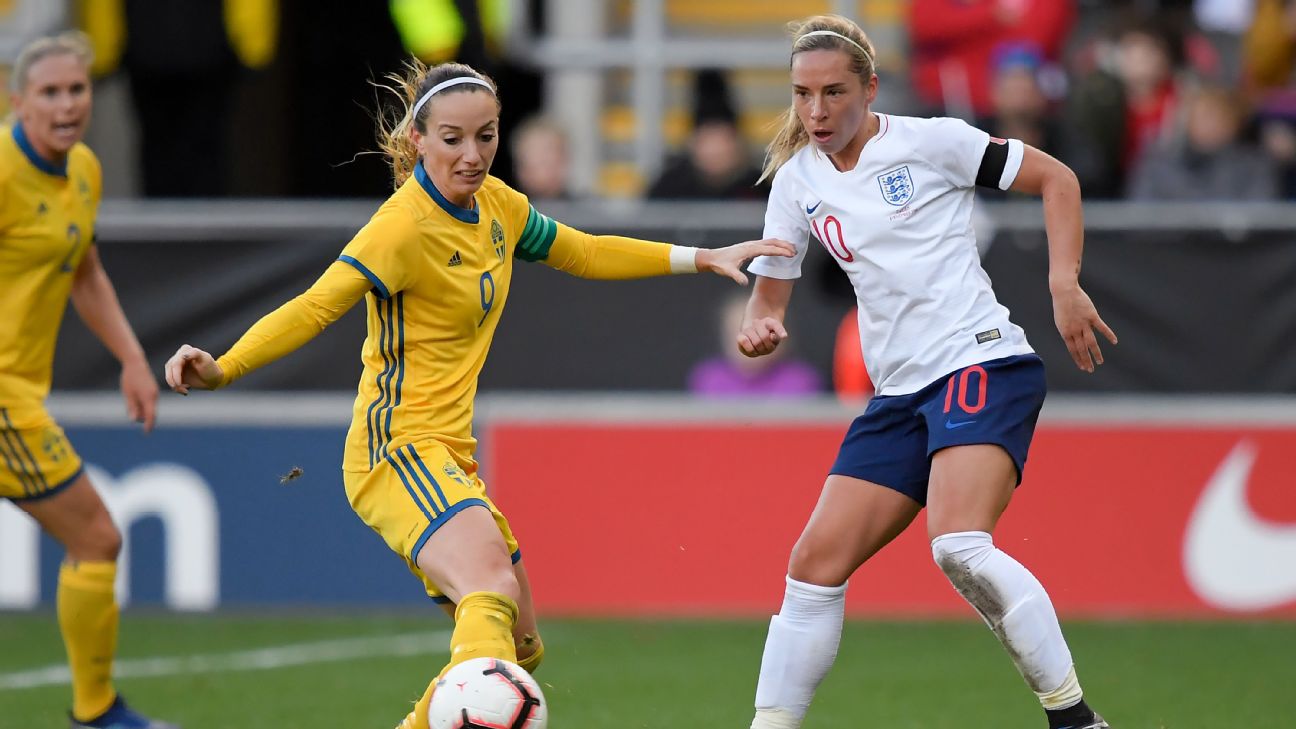 Jordan Nobbs will be part of the World Cup plans despite being ruled out through injury.
England vice-captain&nbsp;Jordan Nobbs will still play a part in the squad's preparations for this summer's World Cup in France despite injury ruling her out of the tournament.
Arsenal midfielder Nobbs suffered an anterior cruciate ligament injury in November and will not be available for the SheBelievesCup — a tournament which includes hosts United States, Japan and Brazil — which starts on Feb. 27.
Women's World Cup

What you need to know
The 2019 FIFA Women's World Cup begins June 7 in France. Here's all you need to know about the tournament, including complete schedule and analysis.

Luck of the draw?
With the Women's World Cup draw now set, we look at the early paths for the U.S., France, Germany and other tournament favorites.