Hadi Sirika, Nigeria's Minister of Aviation, today made a clarification on the UK aircraft that was impounded for violation of the travel ban in Nigeria. Recall that the Minister on Sunday May 17, via his Twitter handle, announced that a UK flight was impounded for operating a commercial flight as […]

Aisha S. Dangote-Indimi graces the latest issue of George Okoro Lifestyle magazine. The powerhouse and founder of Ayce Luxury Gelato, speaks about her career, her businesses, her story and her life as a wife, humanitarian, artist and an entrepreneur. Read excerpts from the interview On […] 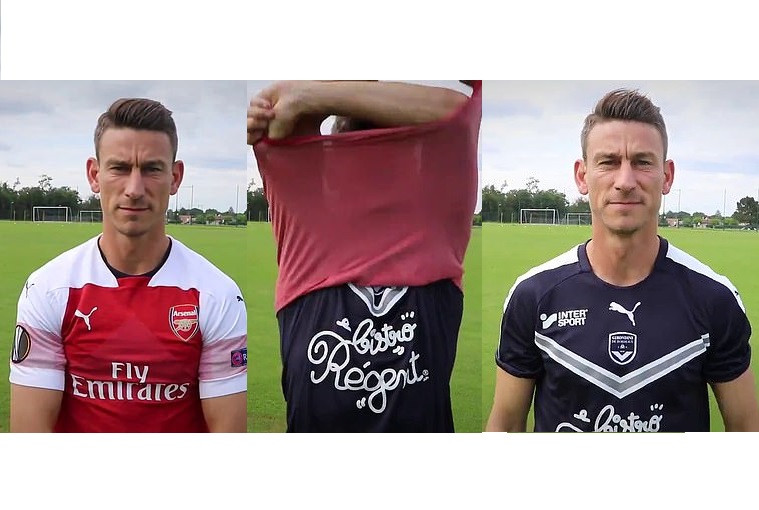 Former Arsenal captain, Laurent Koscielny has angered Arsenal supporters for disrespecting the club during his unveiling at his new club, Bordeaux. The French defender, 33, who refused to commit his future to Arsenal, forced his move to French club Bordeaux in a £4.6million deal. Bordeaux announced Koscielny's arrival on Tuesday, August 6, via a Twitter video which also included the launch of their new home shirt. But the clip has left many Arsenal fans angry as he is seen taking off their shirt to show the kit of his new club. 'New player, new jersey, find it nowhere,' Bordeaux captioned the video. Former striker Ian Wright reacted to the disrespectful unveiling, writing on Twitter: 'This hurts. The level of disrespect… You should be ashamed for the way you've left the club after 9 years! Got what you wanted and still trying to have a dig… Hope it's worth it in the long run.' 'This is unreal, imagine being a club captain and showing this much disrespect in your unveiling,' tweeted @Dowdsy12. 'You shouldn't have done that to Arsenal shirt. Very very disrespectful, I'm disappointed Kos,' wrote @GooneretteXhaka. Arsenal confirming his departure in a statement, saying: 'We decided to sanction his move to Bordeaux once we agreed acceptable transfer terms.'We thank Laurent for his contribution to the club and wish him all the best for the future.' Koscielny took to Instagram on Tuesday to thank his former side: 'After 9 years spent at Arsenal, I took the decision to leave.' he wrote.'I have spent wonderful years with this club, nine years during which I learned, evolved, grew up. 'This experience made me the player I am today. My decision to leave has been discussed for months with my club, my teammates, my coach, and it has been a well-thought decision. 'I see this departure like a new turning point in my life as a player but also in my life as a man and a family man. 'However I hope you understand, and in any case, I cannot be thankful enough for these years past at Arsenal. I am aware of everything that the club and you supporters have brought to me. But it is time for me to go home so today my will is to join the @girondins. This is a new challenge that I count on taking with determination. Lolo.'  Watch the video below.Nouveau joueur, nouveau maillot, retrouvez-le dès maintenant ici https://t.co/6Jb2BRKbIo pic.twitter.com/eCfsGaSUYS— FC Girondins de Bordeaux (@girondins) August 6, 2019The post Ex-Arsenal captain Koscielny disrespects club by taking off red shirt to reveal Bordeaux jersey during his unveiling (Video) appeared first on Linda Ikeji Blog.