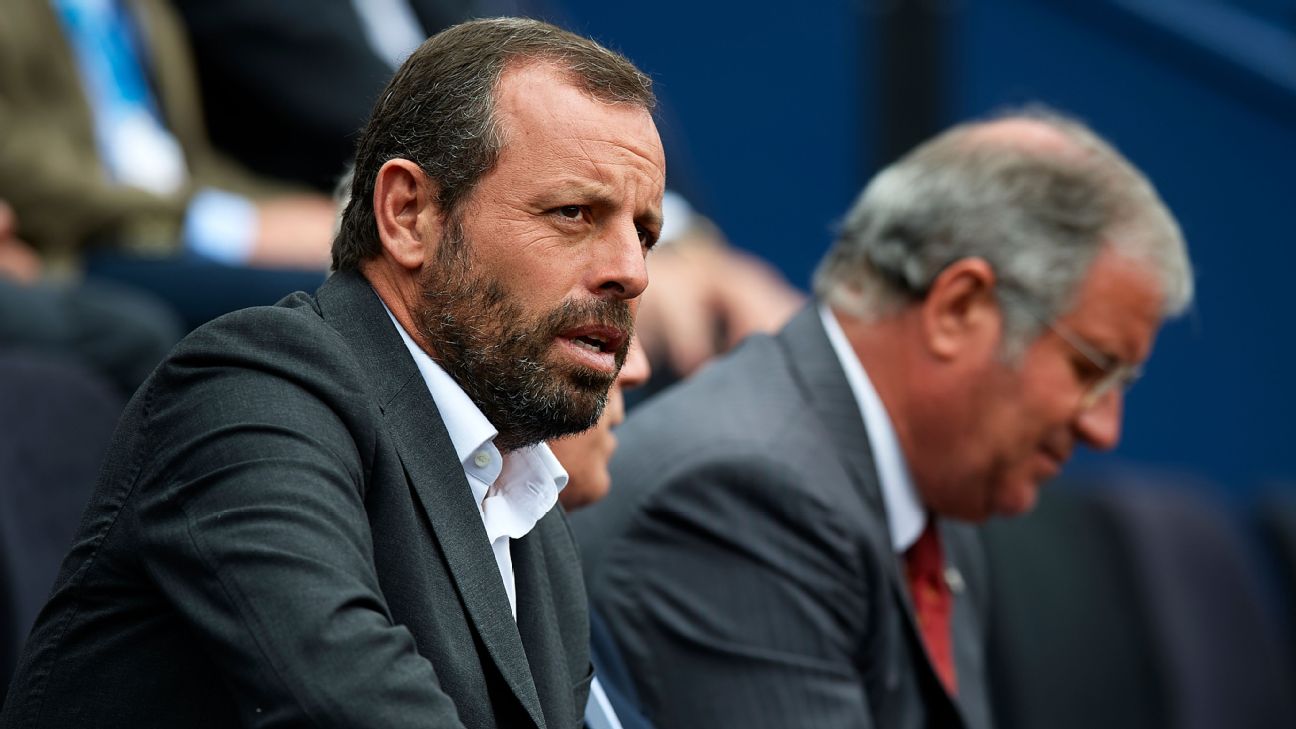 With his counterparts struggling to find the back of the net, the FC crew believe the onus is on Lionel Messi to lift Barcelona against Real Madrid.

Alejandro Moreno examines Barcelona's reliance on Lionel Messi after he scored his 50th career hat trick in a win at Sevilla.

Lionel Messi brought Barcelona back from a goal down twice, then sealed the deal with a deft chip over the keeper for the win and the 50th hat-trick of his career.

Craig Burley breaks down Barcelona's frustration in the attacking third after their scoreless draw at Lyon in the Champions League.
Former Barcelona president Sandro Rosell has been released pending trial after spending nearly two years in prison accused of money laundering.
After a three-day hearing this week, Spain's national court decided that Rosell and his business partner, Joan Besoli, were no longer a flight risk and could be released while the case concludes.
Editors' Picks

As part of his conditional release, Rosell has had his passport taken off him and must reside at a fixed address in Spain. He also must appear at the national…

Del-York Creative Academy (DCA) announces the digitalization of its foremost capacity building training programs with an introductory ‘Acting For Film’ Online Class. This course will seek to provide students with intensive essential training on how to act for film through the online classes platform.  A first […]