London club, Crystal Palace, have become the first Premier League club to distance themselves from the Black Lives Matter (BLM) UK movement amid controversy being generated by the UK arm of the movement.   […] 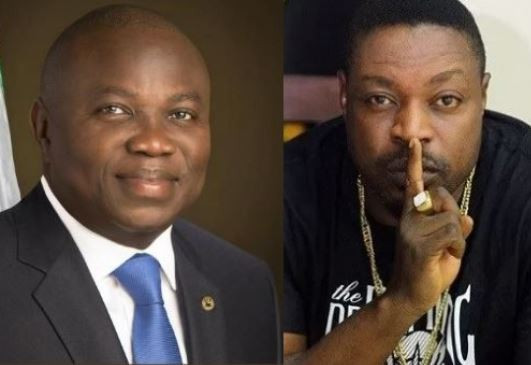 Veteran Nigerian rapper, Eedris Abdulkafreem has just dropped a farewell song in honour of the outgoing executive governor of Lagos state, His Excellency Akinwunmi Ambode who he says 'will go down in history as one of the most energetic, people oriented and workaholic chief executives of Nigeria's bursting commercial nerve centre and centre of excellence known as Lagos state'. According to Eedris. 'Akinwunmi Ambode who came into office on May 29, 2015, is going to leave a very big pair of shoes that will be hard to fill in the Alausa government house when he eventually hands over the reins of power to Babajide Sanwo Olu on the 29th of this month of May 2019, after 4 years of uncommon achievements and meritorious service'.It's note worthy to remark at this juncture that most Lagosians including myself felt cheated when Ambode was denied a second term ticket by his party for some filmsy excuses bordering on his alleged "party apathy" or something akin to that! For a governor who achieved so much in such a short time to be dropped like that without recourse to the true feelings of Lagosians as against the feelings of a few party faithfuls smacks of negligence and nonchalant attitude on the part of the state party hierarchy and machinery!This is my personal view of the matter which of course corresponds with the feelings of most Lagosians I have had the privilege to speak with on this matter.Personally, I am going to miss Akinwunmi Ambode!I am going to miss his unbiased and wide range developmental strides. I am going to miss his good naturedness. I am going to miss his undiluted and sincere love for the creative arts!I am going to miss all his well laid plans of action for the emerging Lagos mega City. I am going to miss his love for the State and all Lagosians.I'll definitely miss triple A for who he is!No Lagosian worth his Salt will be uncharitable enough to deny the positive impact of Ambode's four years tenure, and no one living and working in the state will deny not ever feeling the positive energy and charisma of his administration!No human being is infallible, so Ambode has his own short comings too. But as a leader, I will always hail and appreciate him because he undoubtedly performed marvellously well.I hope and pray that his tomorrow will be better than his today.And for his detractors, I can only say that time alone will be the judge!As a social crusader, activist and a performing artiste, I pray that we have an Ambode in Aso Rock soon so that our nation Nigeria can attain the height destined for it!With people like Ambode in the helm of affairs, the "jaga jagadness" of Nigeria can be overturned and cured for the betterment of our society and the entire citizenry.More blessings, honor, Power and grace my amiable governor Akinwunmi Ambode as you embark on the next phase of your illustrious life after May 29, 2019!As I say farewell in this open missive to you Sir, I'll be releasing a track I just recorded with same title (FAREWELL TO AMBODE) in commemoration of your unforgettable tenure as Lagos state governor. The single is my own token to Your Excellency for a wonderful job well done and is slated to hit the air in a couple of days!God bless you and yours our dear amiable Triple A…With excess amount of Love from Eedris Abdulkareem.Listen to the song produced by Danny Joe  HEREThe post Farewell message to the workaholic Governor of Lagos State – Eedris Abdulkareem drops farewell song for Ambode appeared first on Linda Ikeji Blog.

Actress, Susan Pwajok, who came into limelight following her starring role in the Nigerian TV series, The Johnsons, has sent tongues wagging with recent photos of herself she shared on social media. Susan has gained quite a number of organic following from her social media […]