Nigerian crossdresser, Idris Okuneye popularly known as Bobrisky has gifted a female fan N100k and an iPhone to thank her for her loyalty. Bobrisky said the girl stood her ground and defended him when blogs were talking bad against him. According to him, the girl […]

With COVID-19 still a concern and climate change being a major talking point all around the world, drone operators and innovators are trying to test and push the limits of usefulness of drones in the offshore industry both here and now and in the future. […] 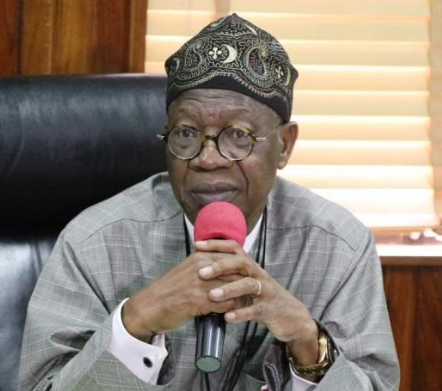 The Federal Government has debunked online reports that the South African High Commission in Abuja was bombed by angry Nigerians. In a statement released this afternoon Saturday September 7th, the Minister of Information and Culture, Lai Mohammed, said the fake news was orchestrated by the desperate opposition to cause panic and chaos among the populace. According to Lai, the video of the purported bomb explosion, which is being circulated on social media, is that of the bomb explosion at Emab Plaza, near Banex, inAbuja on June 25 2014. ''A pattern is emerging of the antics of the desperate opposition to latch on to the use of fake news and disinformation as a strategy to trigger chaos in the country. On Friday (6 Sept 2019), they doctored and circulated the video of my appearance on Channels Television in January 2015 (when I was the spokesman of the APC) to make it look like I was begging Nigerians to forgive President Buhari for not having a school certificate. Worse still, they posted the video afresh, giving the impression it happened last Thursday and that I acted in my capacity as Minister of Information and Culture.''Unfortunately for them, this doctored video came out on the same day a report emerged that the PDP had sent lawyers and party agents to the University of Cambridge to confirm the authenticity of the President's West African school certificate, only to be stunned to discover that not only did the President write the examination, he also passed.''One would have expected a party that trumpets its belief in the rule of law, a party that challenged the result of the last presidential election in court, to wait patiently for the impending judgement on the issue instead of engaging in underhand tactics and resorting to self help,'' he saidAlhaji Mohammed appealed to Nigerians to be very discerning at this time, and to check the veracity of any information they receive.''This is just the beginning. Nigerians should expect an explosion of fake news and disinformation in the days and weeks ahead. This is because the desperation of this opposition is alarming. But their strategy will fail, just like every other dubious strategy that they have been employing in their desperate bid to grab power,'' he said. The Minister warned those behind the orchestrated fake news and disinformation campaign to stop forthwith or be made to face the music. The post FG debunks report of bomb explosion at South African High Commission in Abuja appeared first on Linda Ikeji Blog.

According to Anshul Gupta, a senior research analyst at Gartner, it was the worst decline ever for the global smartphone market. Source link 0 0 vote Article Rating No related posts.

On Wednesday, June 3, 2020, civil society groups will host a Live TV and virtual citizens’ townhall on voting amidst the COVID-19 pandemic ahead of the September 19 and October 10 governorship elections in Edo and Ondo states respectively. The townhall seeks to facilitate public […]

Nigerian crossdresser, Idris Okuneye popularly known as Bobrisky has gifted a female fan N100k and an iPhone to thank her for her loyalty. Bobrisky said the girl stood her ground and defended him when blogs were talking bad against him. According to him, the girl […]