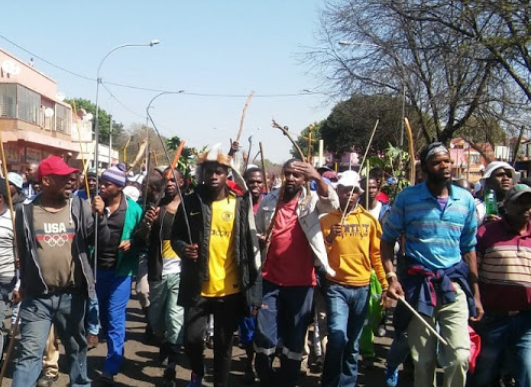 A fresh round of violence is currently building up in the streets of Johannesburg, South Africa, as armed protesters are out again, demanding that foreigners leave their country immediately. South African newspaper, Sowetan Live, reports that the protesters, who carried weapons such as knobkerries, are waiting to be addressed by Mangosuthu Buthelezi, a notable politician and Zulu tribe leader. The protesters, who are said to be residents of hostels in eastern Johannesburg, marched on Sunday along Jules Street in the area. Sowetan Live reports that Siphiwe Mhlongo, chairman of hostel headmen (izinduna) in Gauteng, said South African nationals are angry at jobs being taken by foreign nationals, unhappy about drugs and RDP houses being owned by foreigners.“Everyone who is in South Africa has that feeling that foreign nationals must go back home. But we don’t say foreign nationals must be beaten up; we are leaders,” he said. Watch a video of the protesters below.      View this post on Instagram         Armed South African protesters hit the streets, asks Foreigners to leave…..A post shared by Lindaikejiblog (@lindaikejiblogofficial) on Sep 8, 2019 at 8:23am PDT 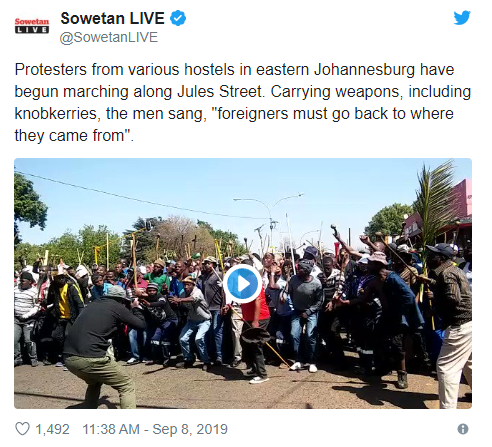