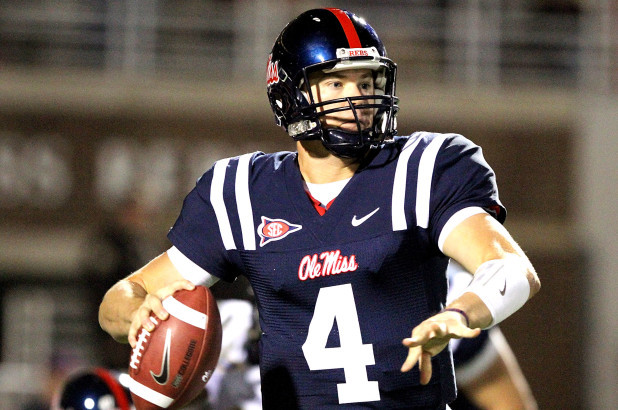 Jevan Snead, a former college football quarterback at the University of Texas and Ole Miss, has died at the age of 32.  Snead was pronounced dead after cops responded to a report of a deceased person in downtown Austin late Saturday (Sept.21) Investigators later identified the victim as Snead, whose death is not considered suspicious, an Austin police spokeswoman confirmed to The Post early Monday. The Austin American-Statesman reported that Snead's death did not appear to be the result of foul play. Authorities responded to call just after 9 p.m. Saturday for "assistance to enter a locked apartment or car" and found a person dead when they arrived, the American-Statesman reported. According to the Austin American-Statesman, Snead was among the best quarterbacks in the nation when he spurned Florida for Texas in 2005. He played in eight games during one year for the Longhorns before losing the starting job to Colt McCoy. He later transferred to the University of Mississippi in late 2006 and sat out the 2007 season before being named the program’s starting quarterback in 2008.  The post Former quarterback, Jevan Snead, found dead at 32 appeared first on Linda Ikeji Blog.